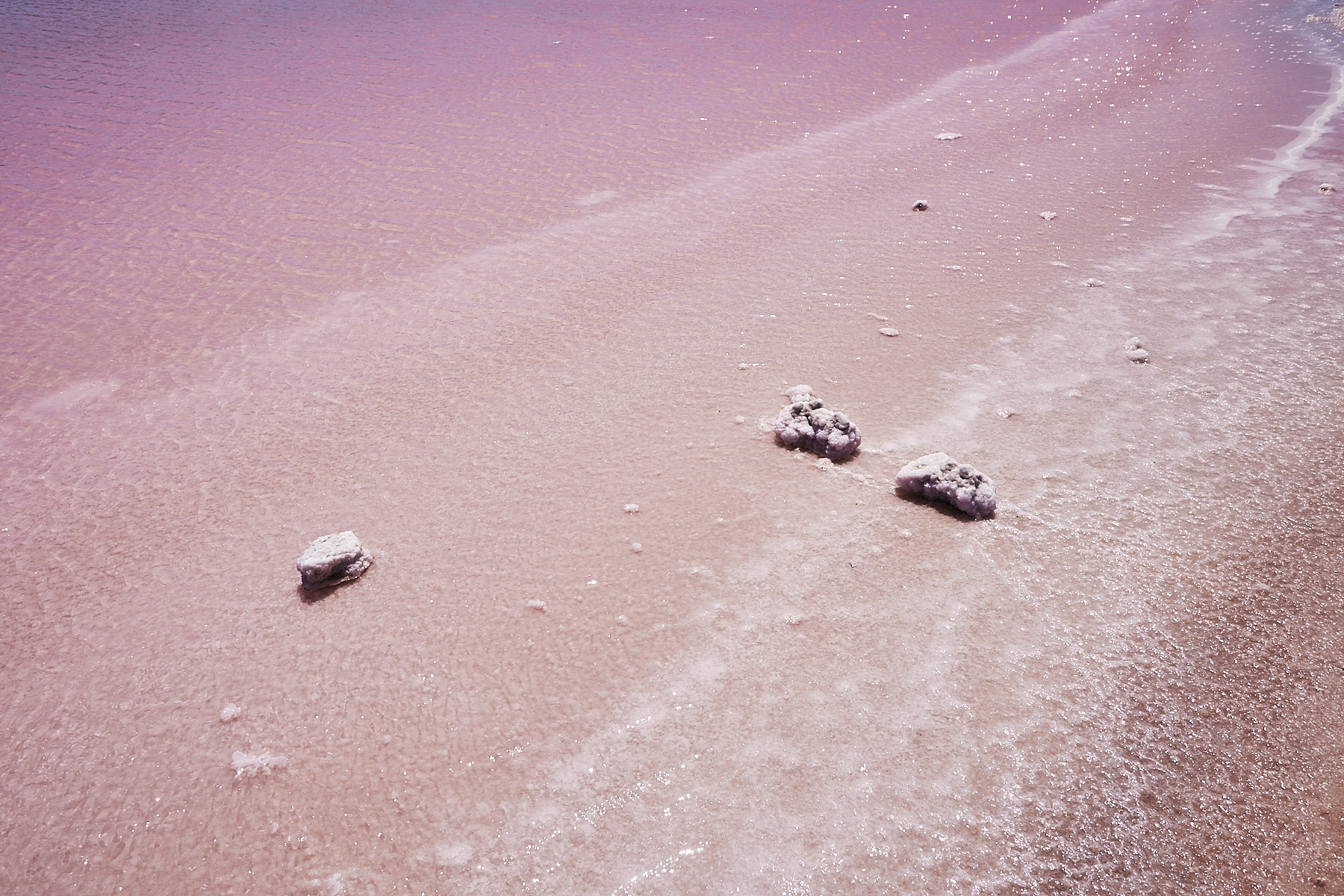 Love this shot so much I had to post it twice 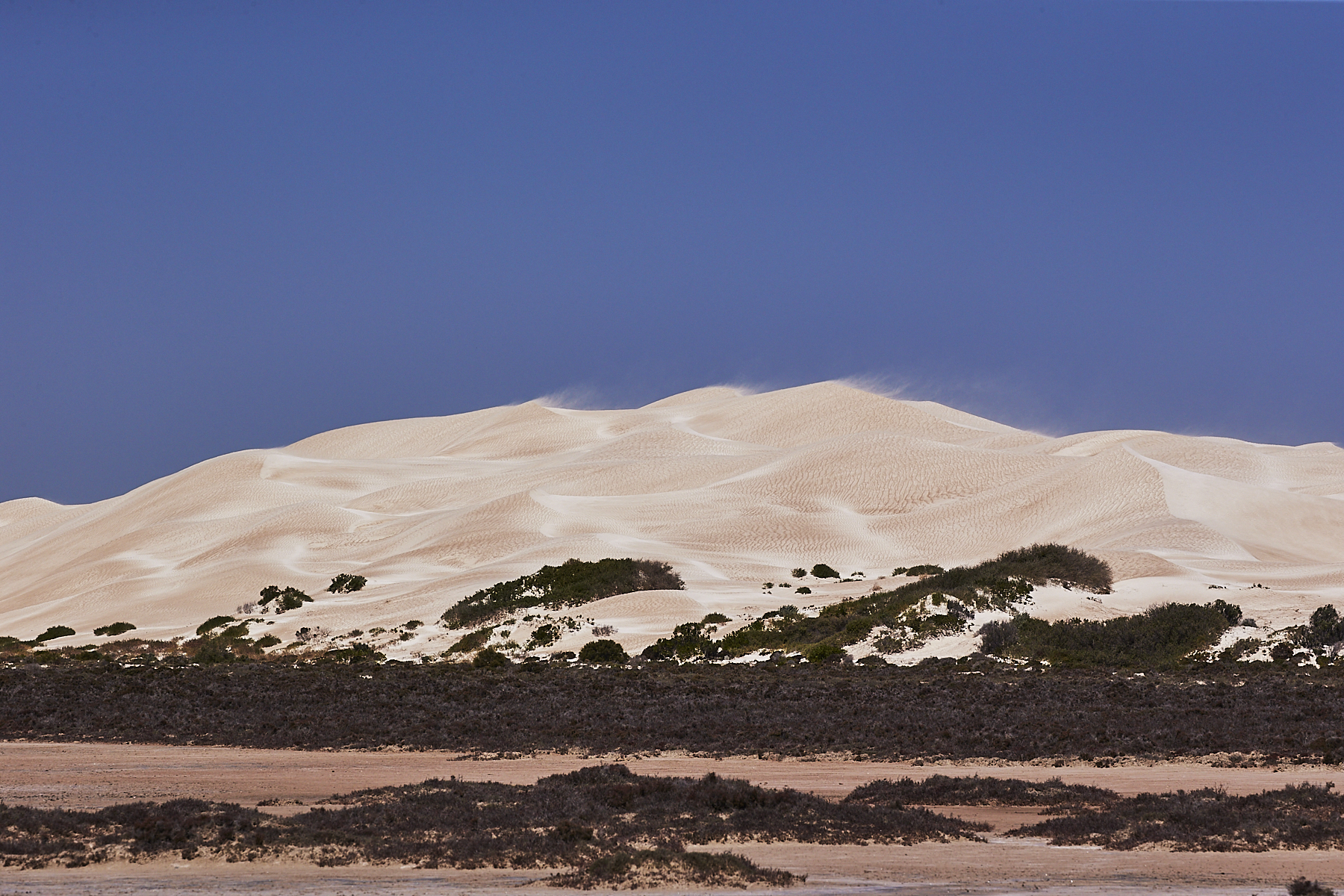 after my secondary exploring mission, I head back to site and then head out again for another explore ( so much to see so little time ) 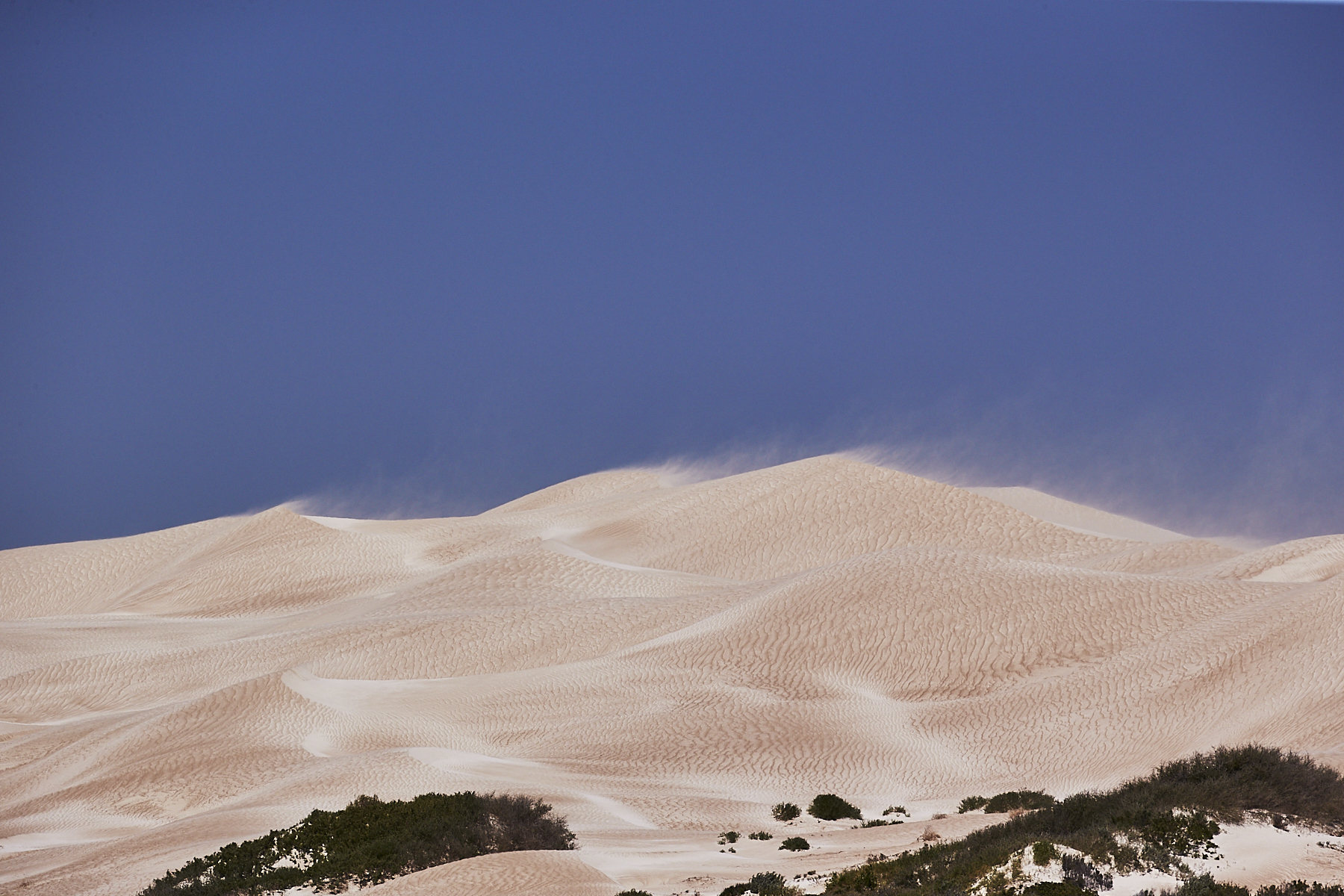 how cool are those dunes in this wind 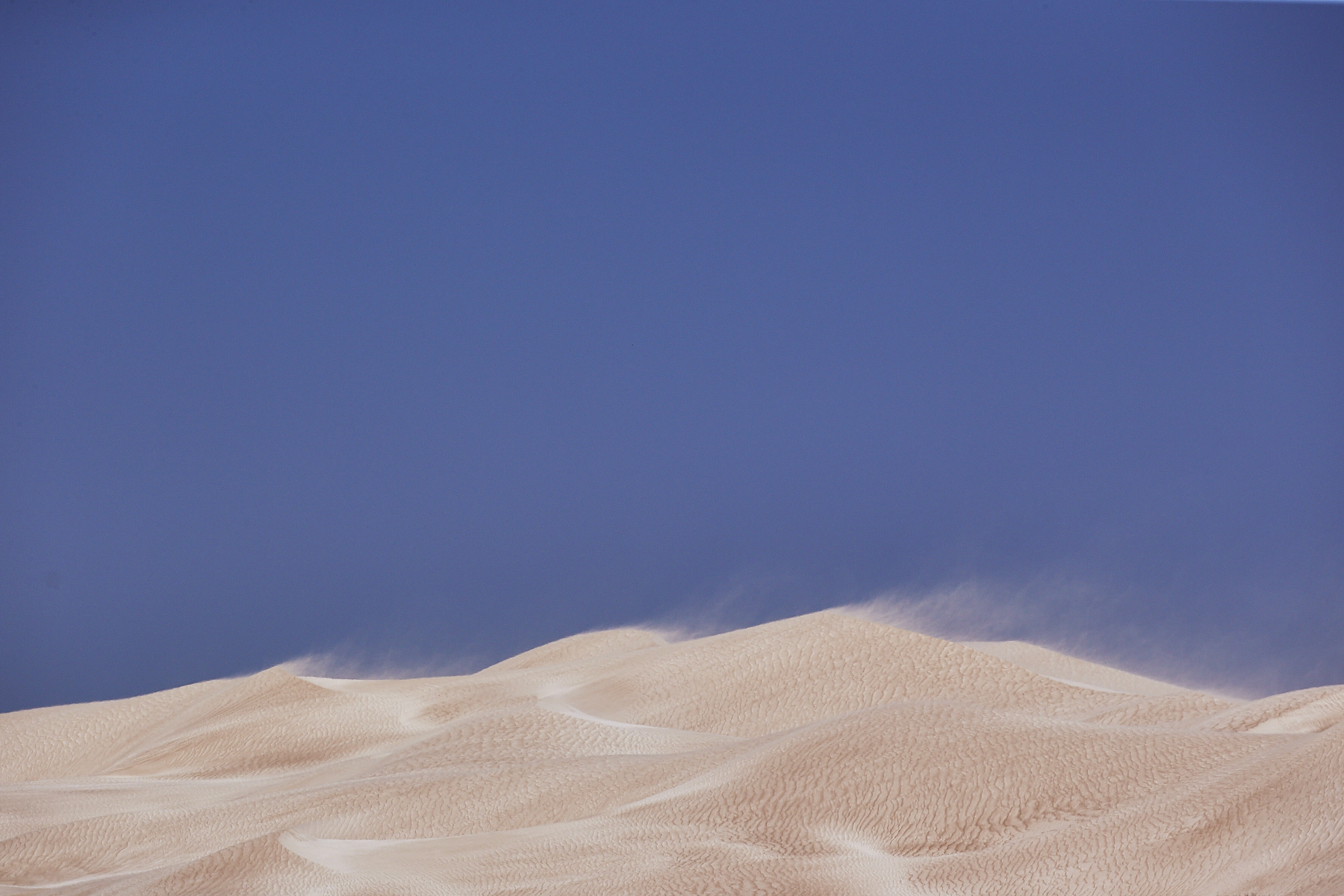 This time I'm heading further south on the coast line to check out Point Bell, there are no roads to Point Bell, just tracks and dirt roads
Have Disco will travel 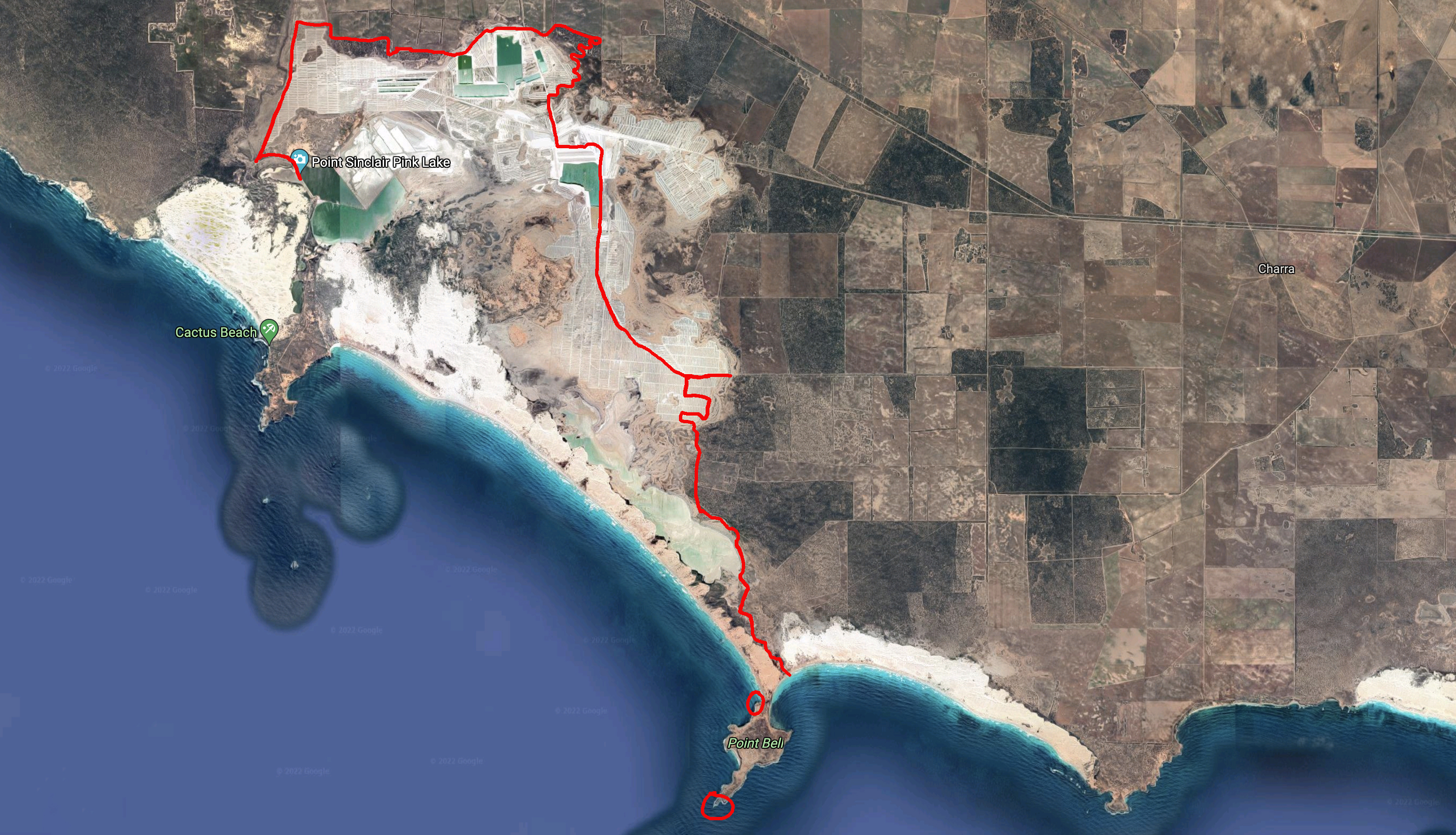 so in this screenshot from google earth you can see Point Sinclair near Cactus beach, and the site with Pink lake is where the red line starts, and that is roughly the path I took ( which you can see in the below photos ) to get to Point Bell, the plan was to get right to the 2 circles, but.... 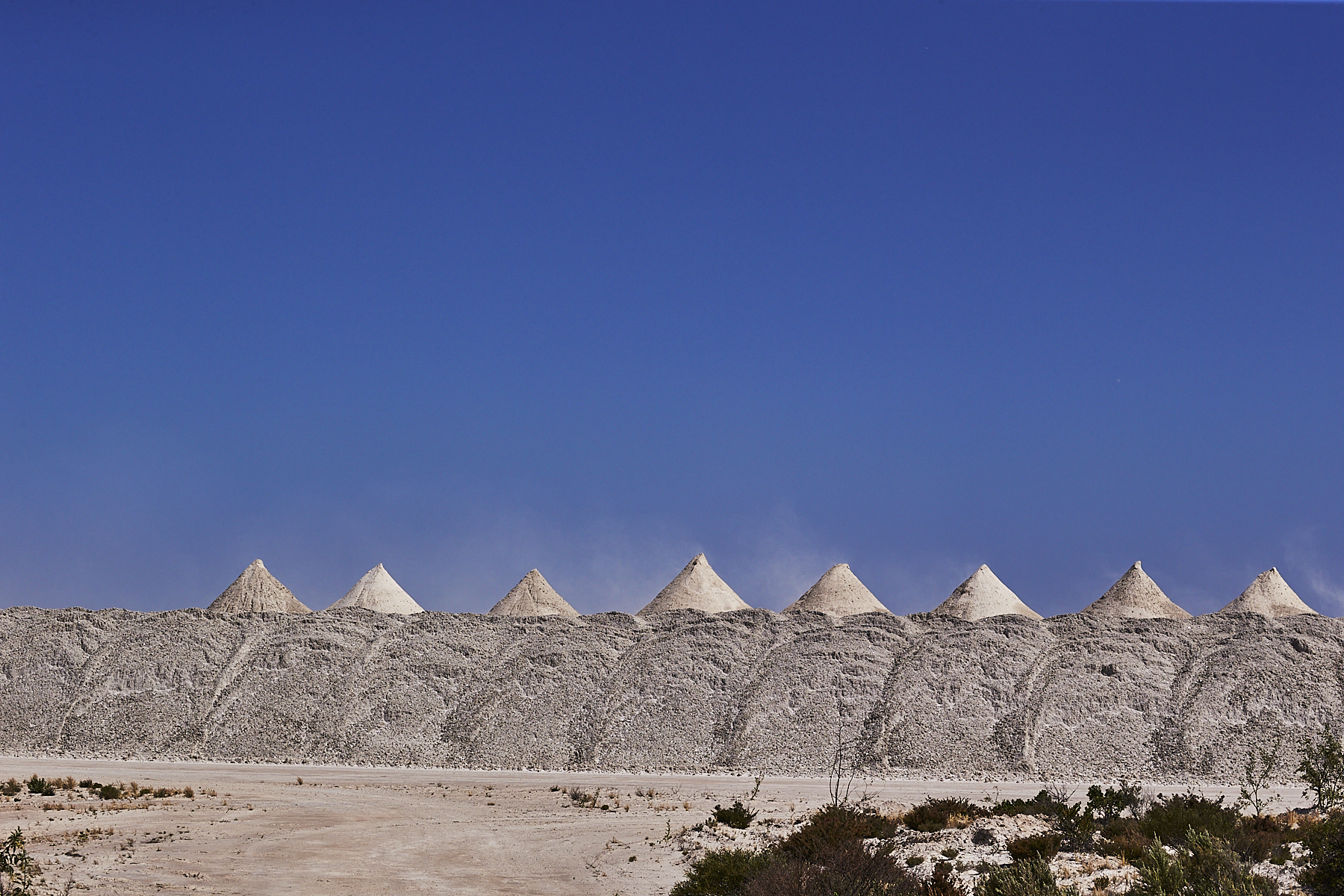 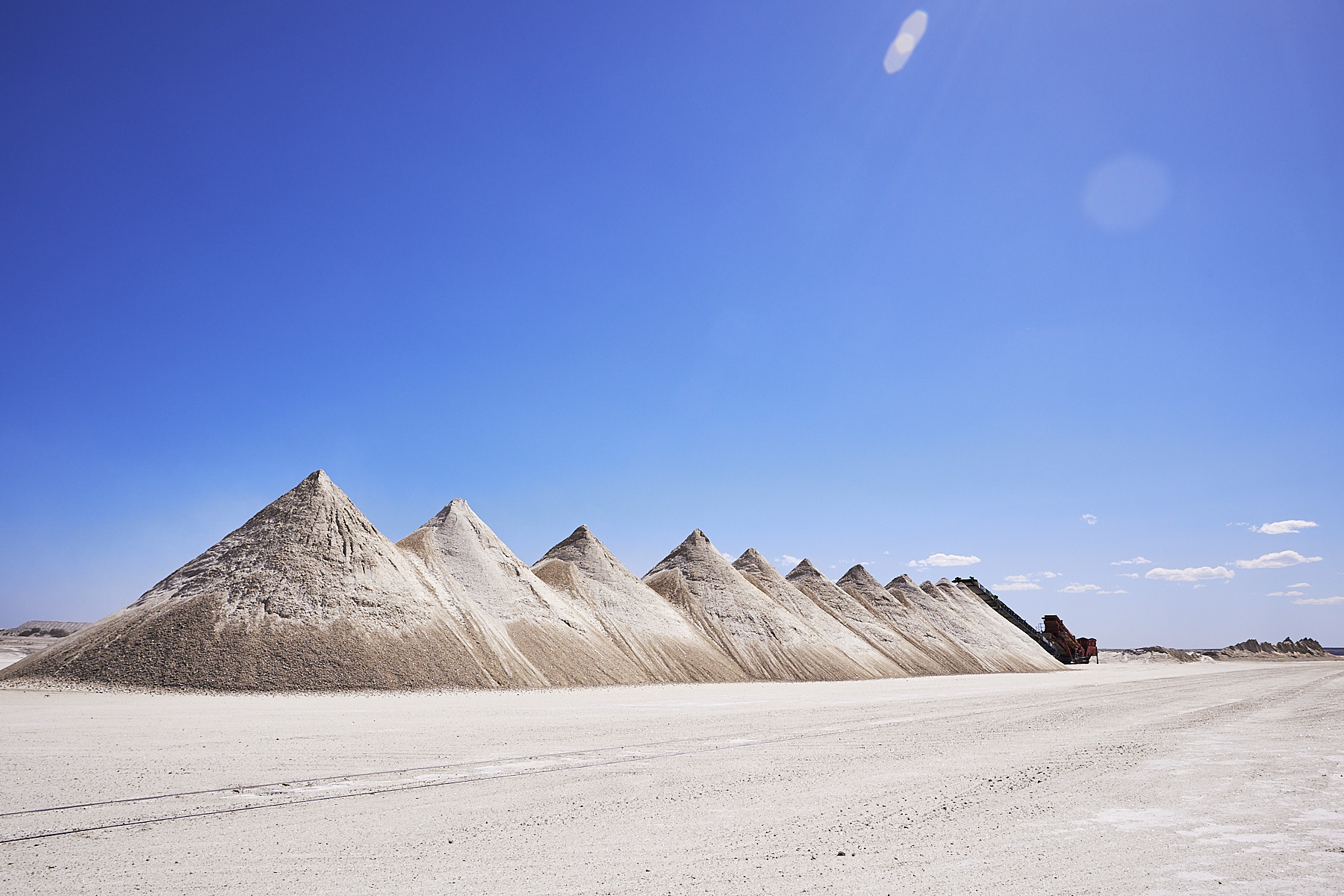 which, as you can see on the above google earth screen shot is pretty big 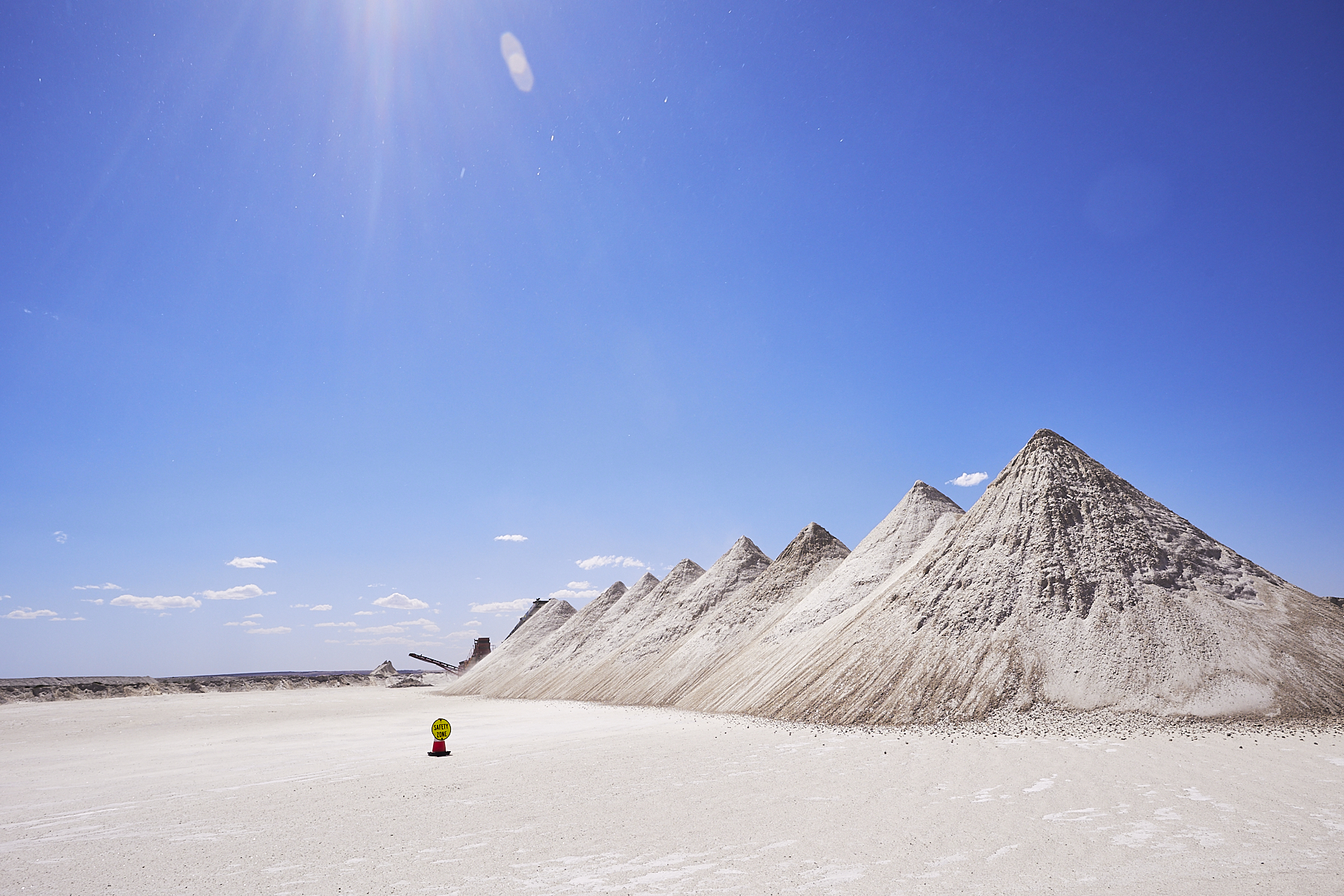 stack ready to be loaded 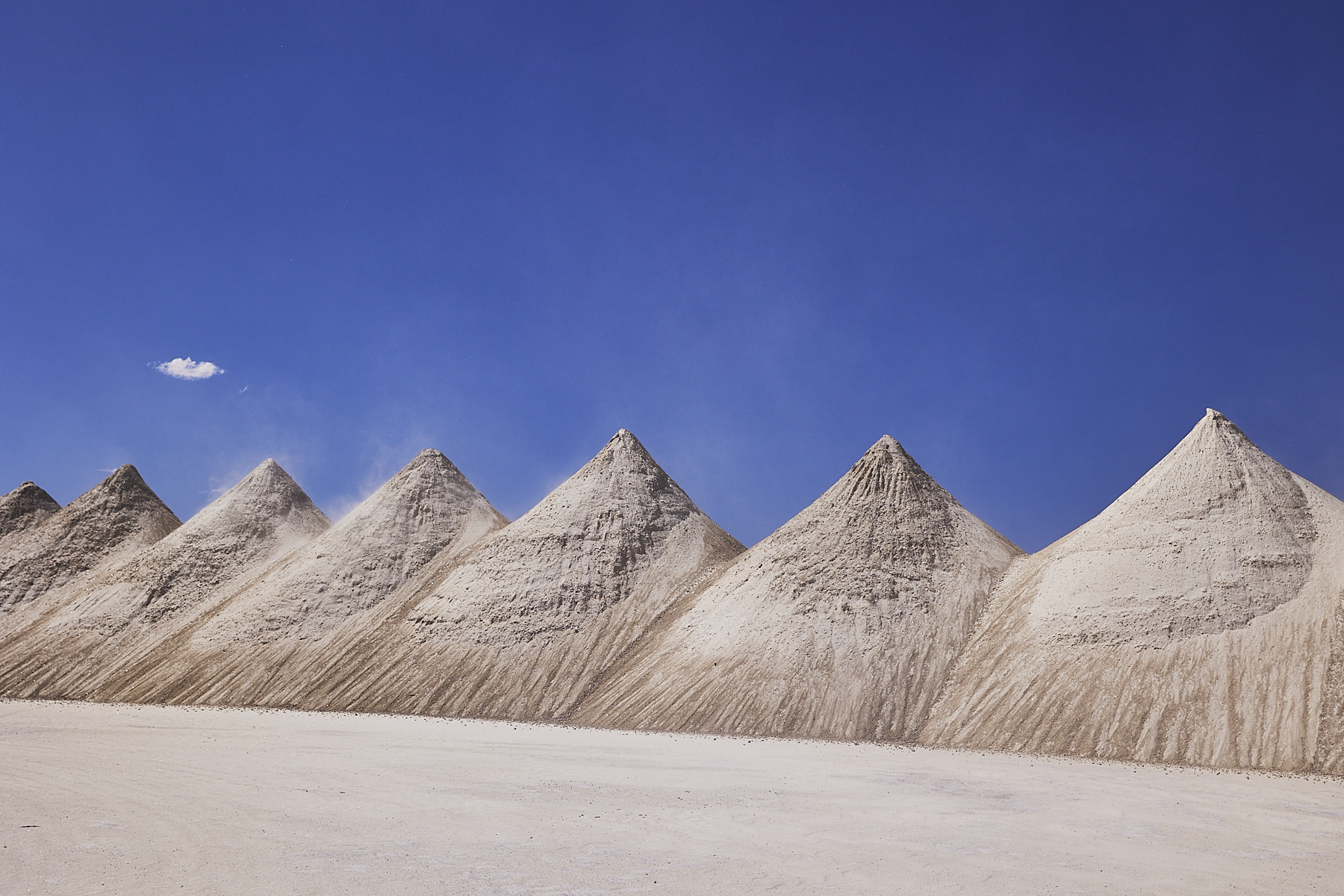 love this shot. So it was not easy to get in here from the top, and was even harder to get out once in, as they used earth movers all around to create massive trenches , impossible for my Disco to navigate 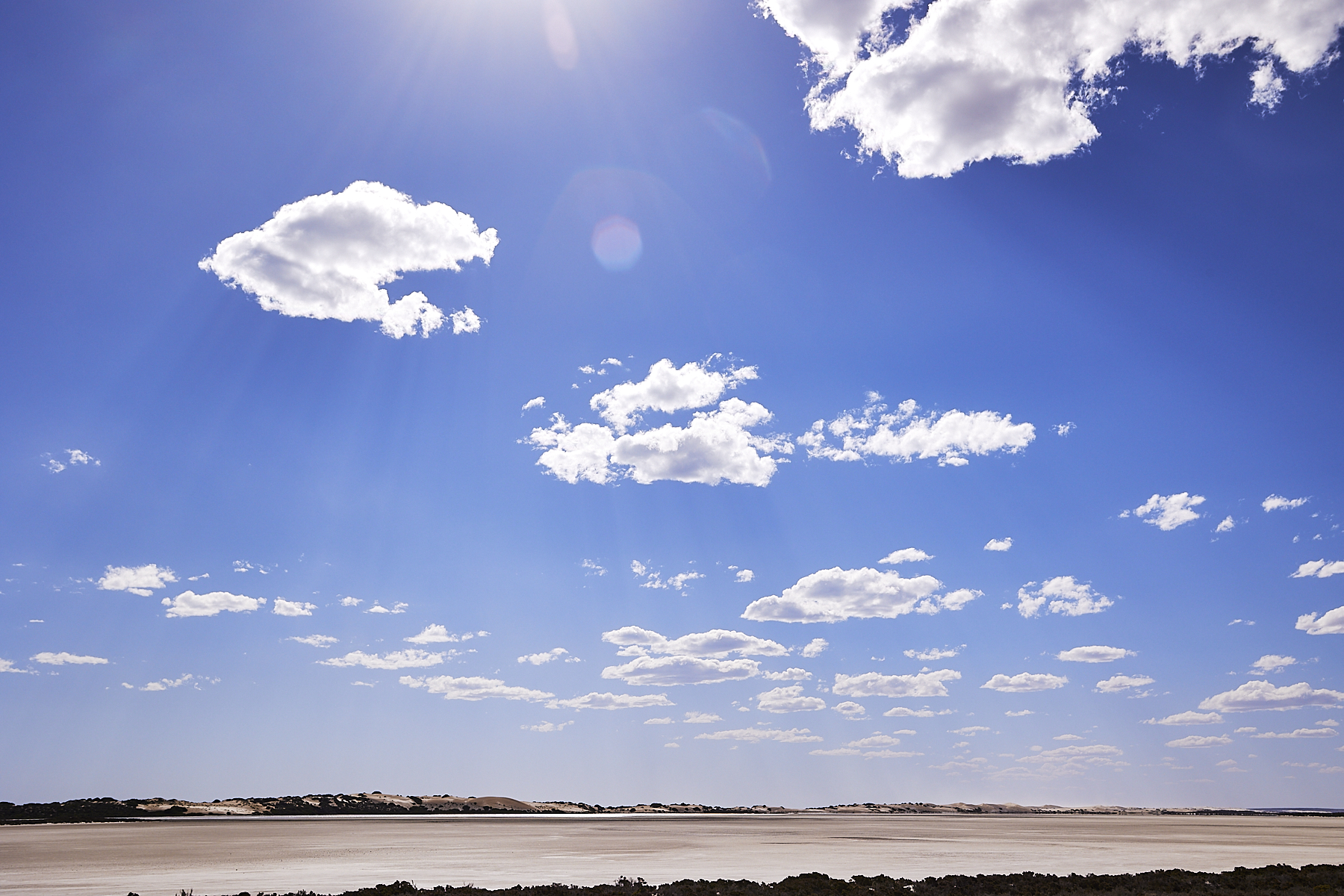 after much looking and traversing around the periphery of the salt mine, I finally found my way out again to continue on a track to Bell Point 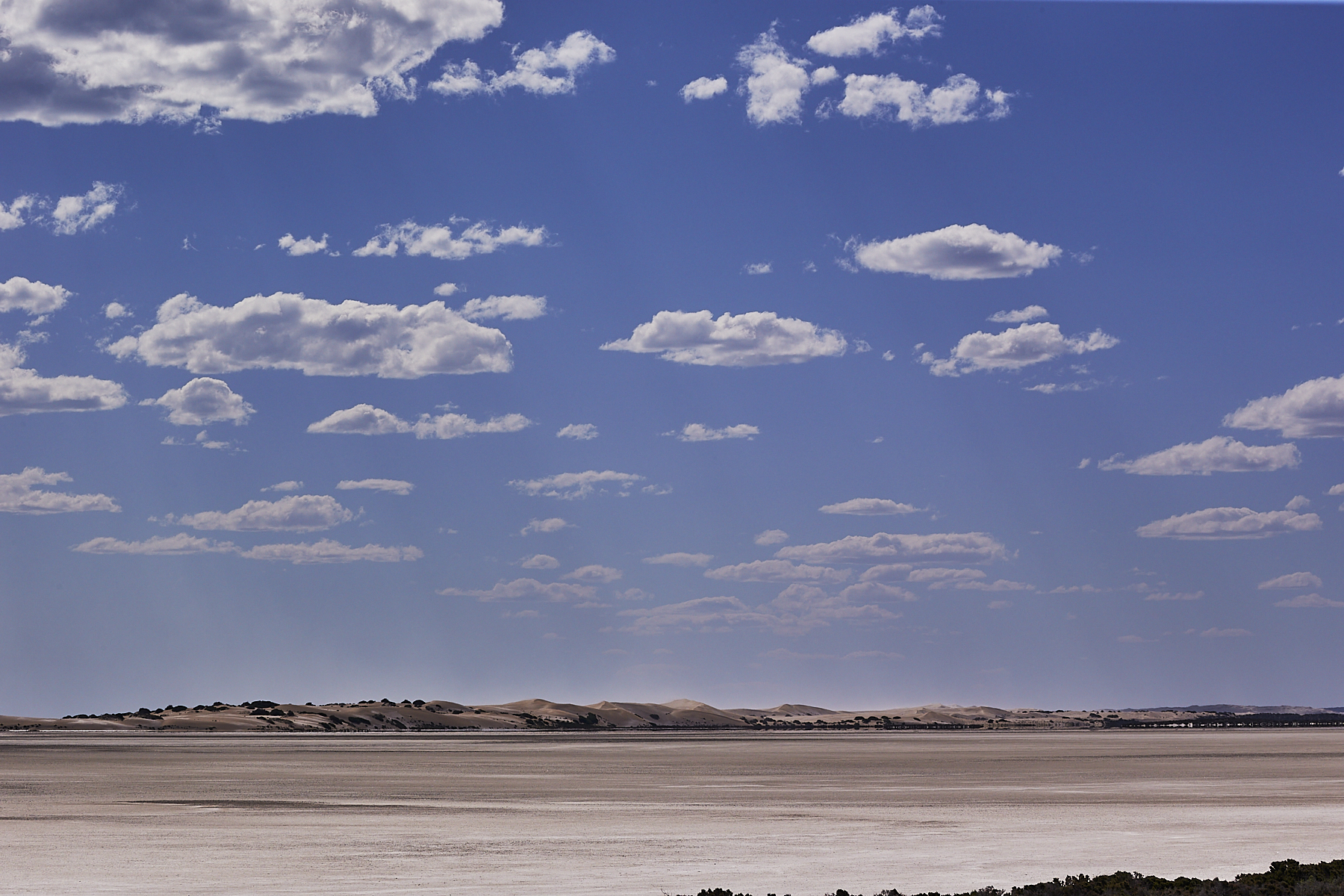 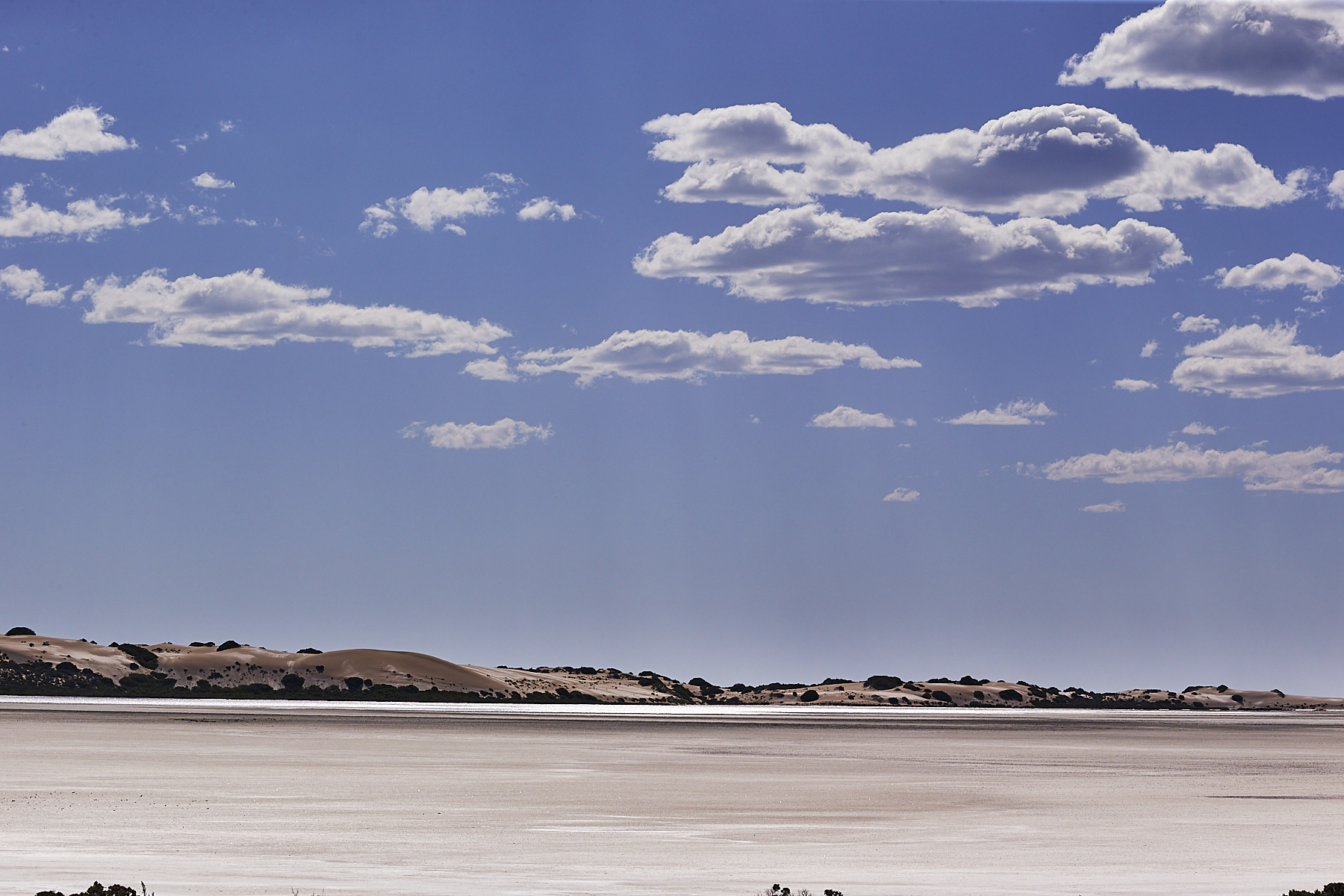 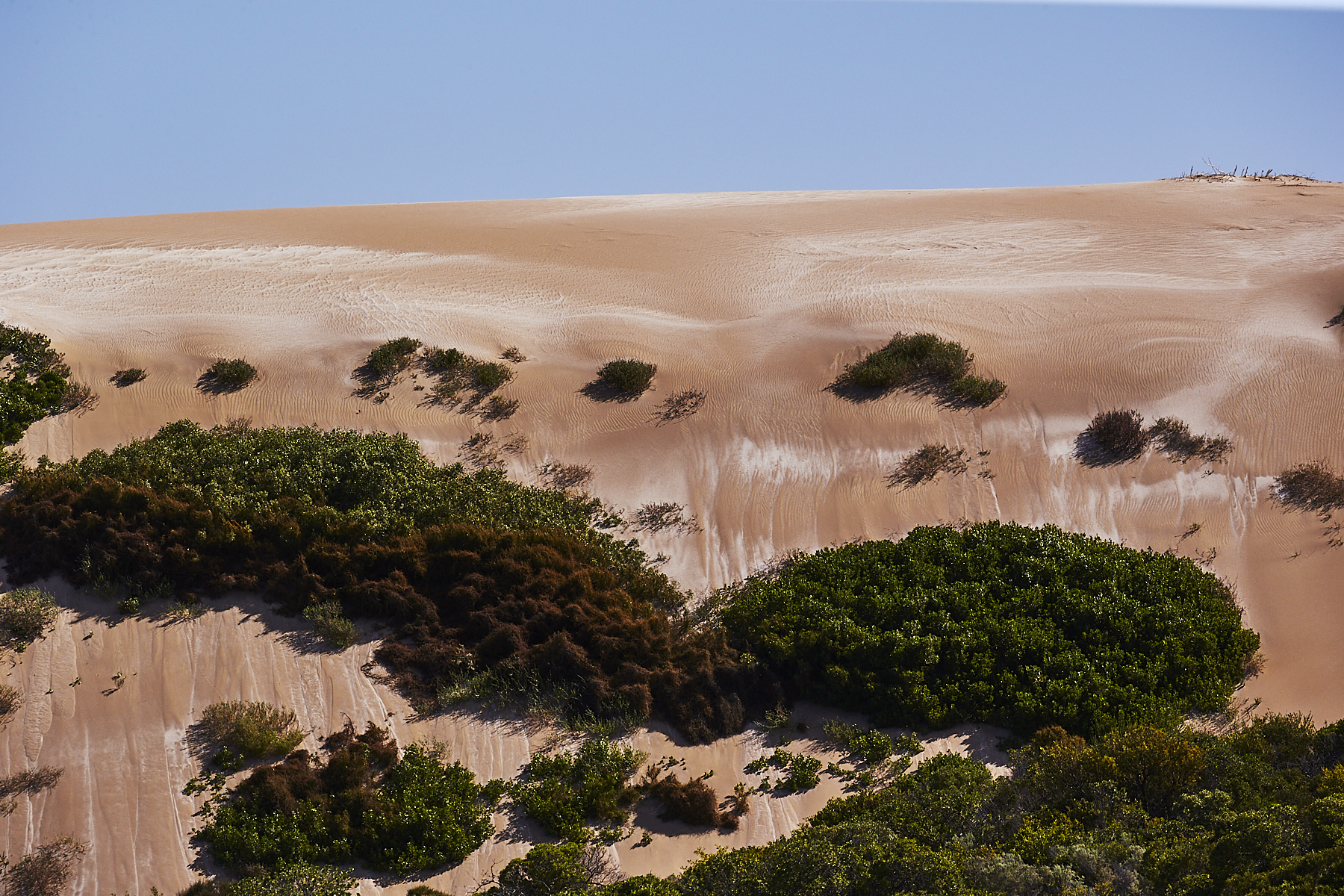 on the map above, this is the last bit of red line running along the back end the red sand dunes 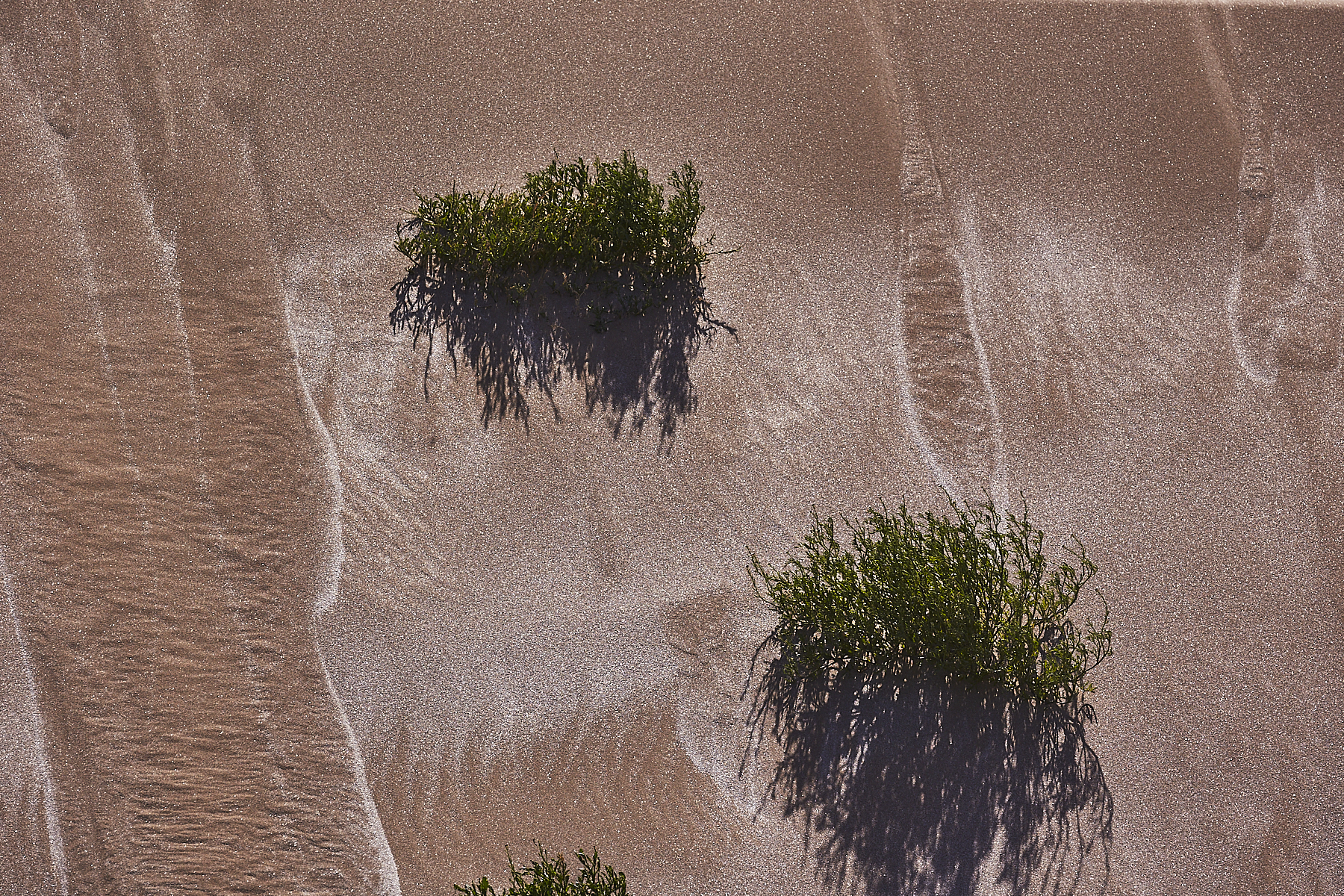 on the other side of this, there is supposedly a good left hand break as well 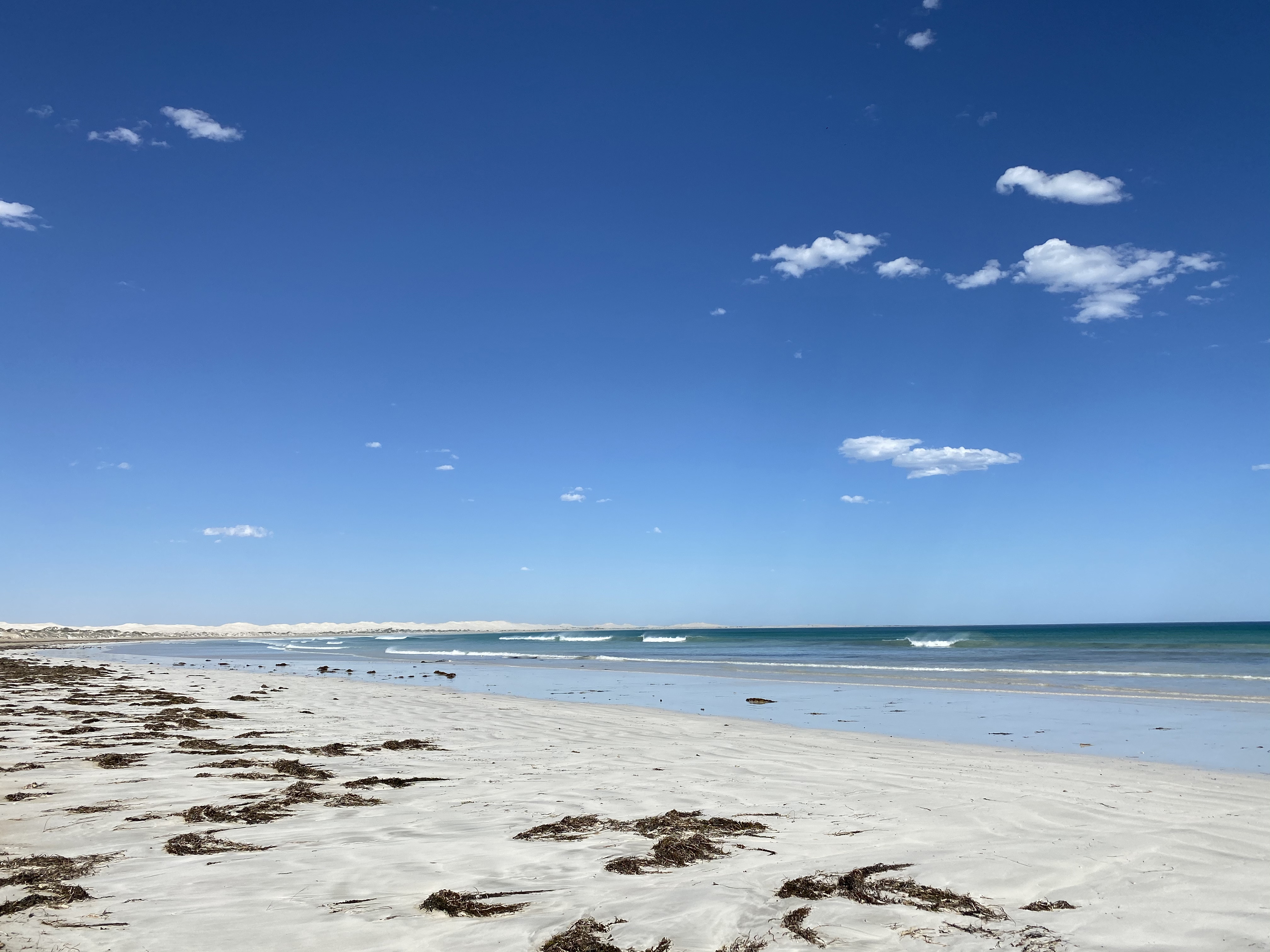 finally made it to the beach, this whole time, about a good hour of driving, if not more, I did not see another car or human being, and this last bit here I did on foot, as the last strip of sand was so soft and so deep I was starting to get stuck, well, I did sort of get stuck, had to let the tyres down more, get some branches , do a bit of digging to get myself out again, and it was another 500 meters to go, so I reversed out. With no one around, no reception and a bloody long walk to go if I did get stuck, I played it save and walked the last part to the beach, desperate for a swim, and the water does look incredibly inviting, I was hoping to get to push on and go to Pointe de la Navette. But yeah, did not want to risk getting stuck. So I enjoyed the refreshing swim, until I saw the massive sting ray in front of me in the shallow waters. Scared the crap out of me :-)