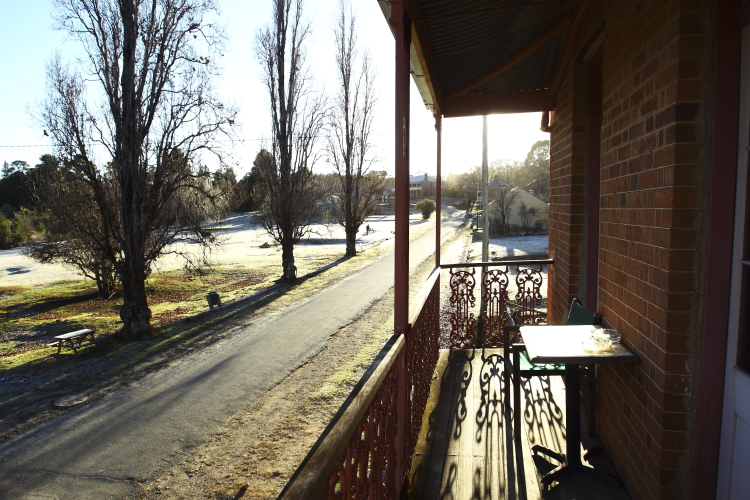 So after Orange, we arrived on dark at little historical town, Hill End ( gets dark at 5:30 here in winter now, crazy ) Next morning and the scene outside our bedroom, frost everywhere. We stayed upstairs in Hosie's old grocery store 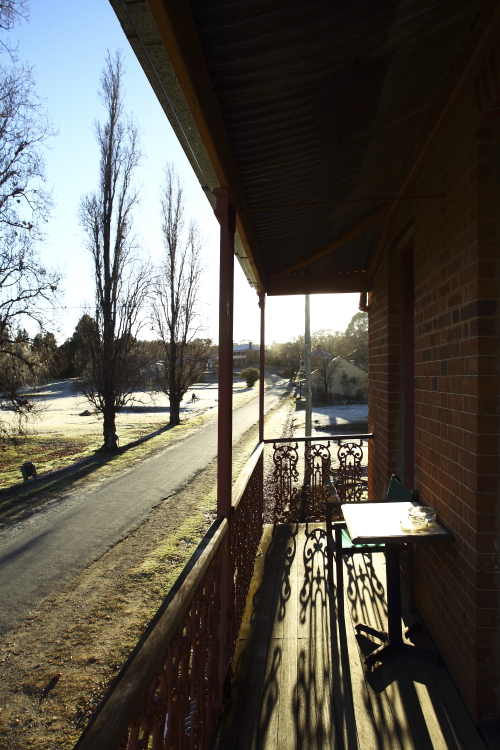 beautiful day coming up, but a cold one

As it was dark when we arrived, I go for a little morning stroll before breakfast, and look what I spot on the block of land across from Hosie's 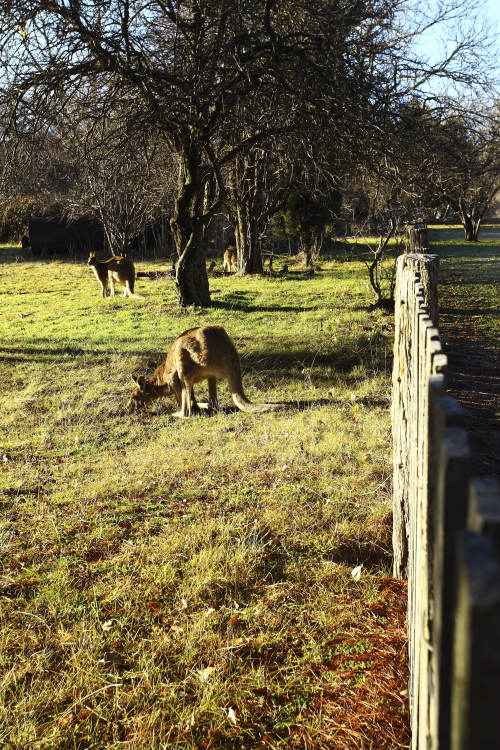 some kangaroos grazing in the morning sun 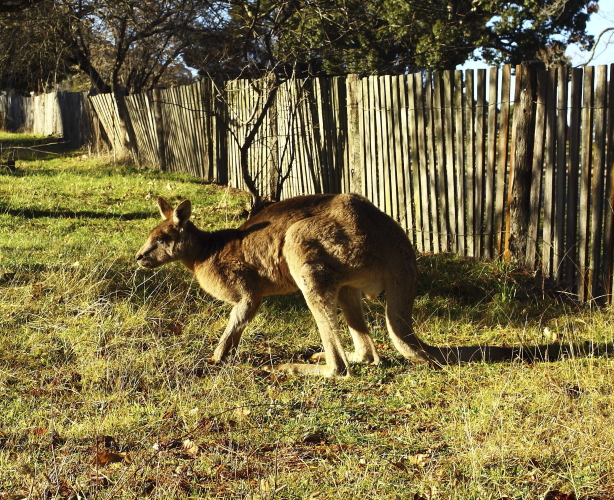 trying to get closer to one of them 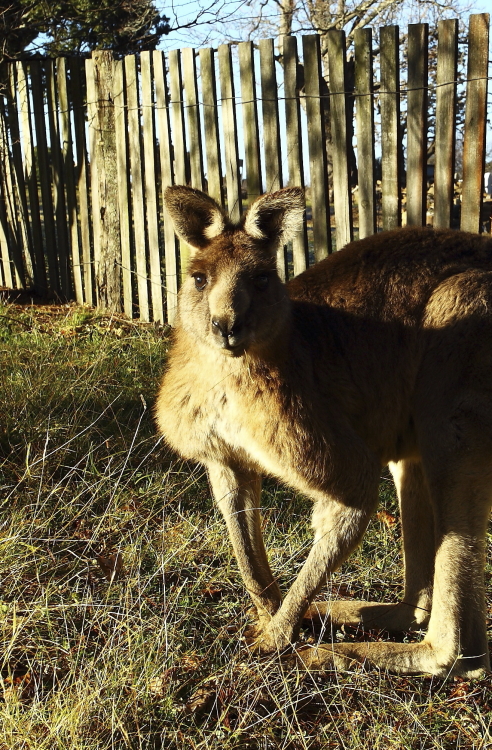 relatively tame for a wild kangaroo 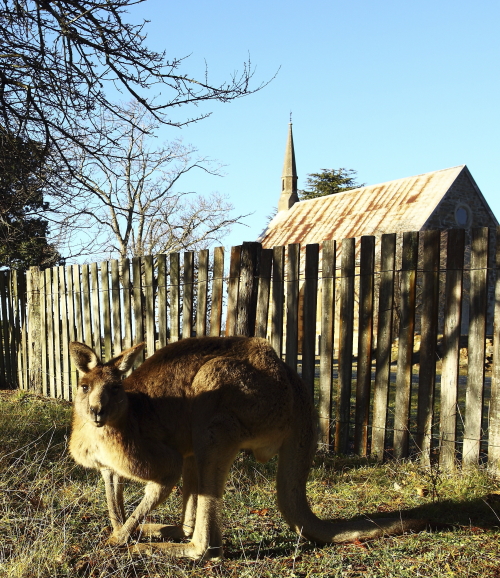 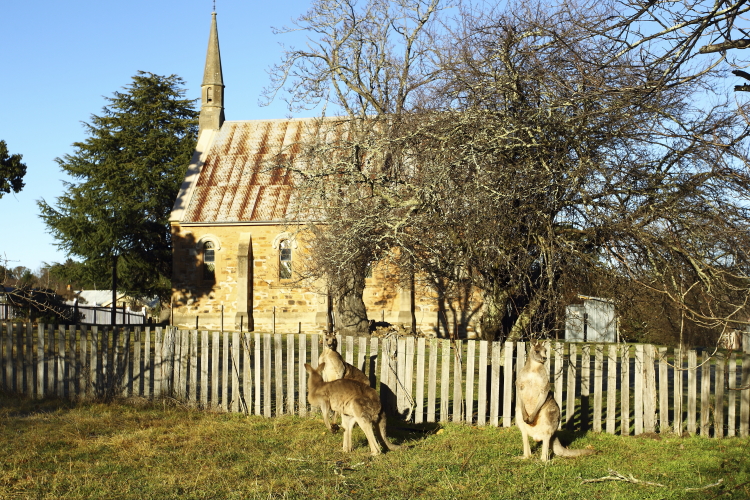 couple more, probably enjoying the warm sun rays as much as I am 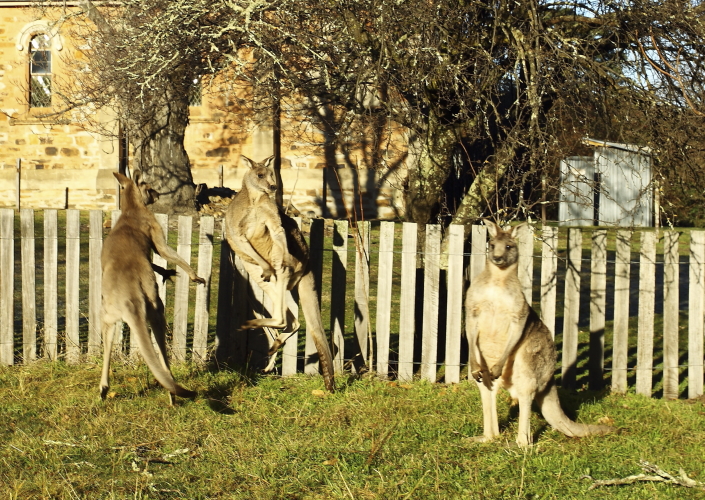 Hey ! No fighting outside church 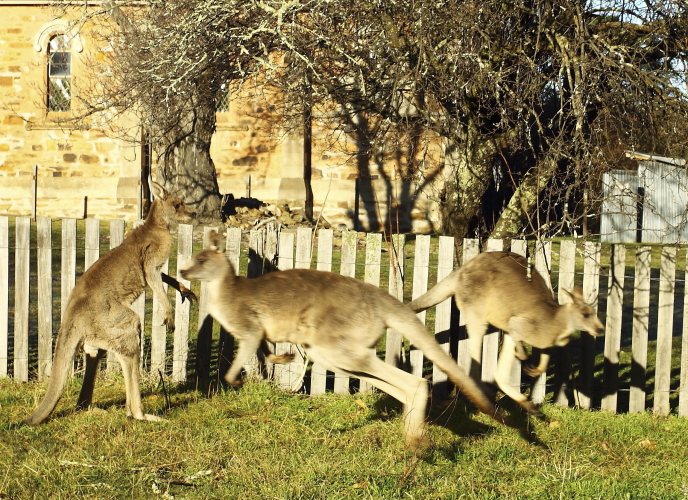 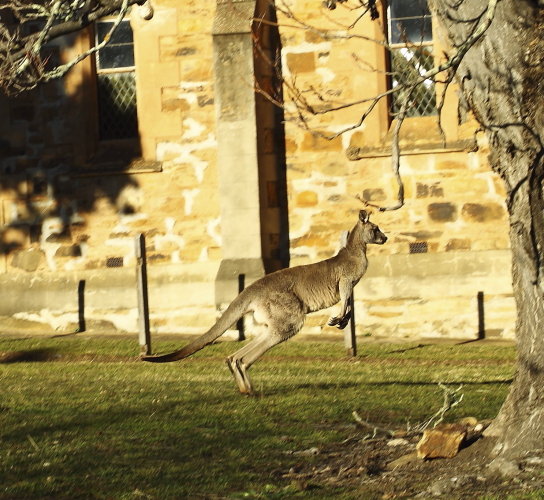 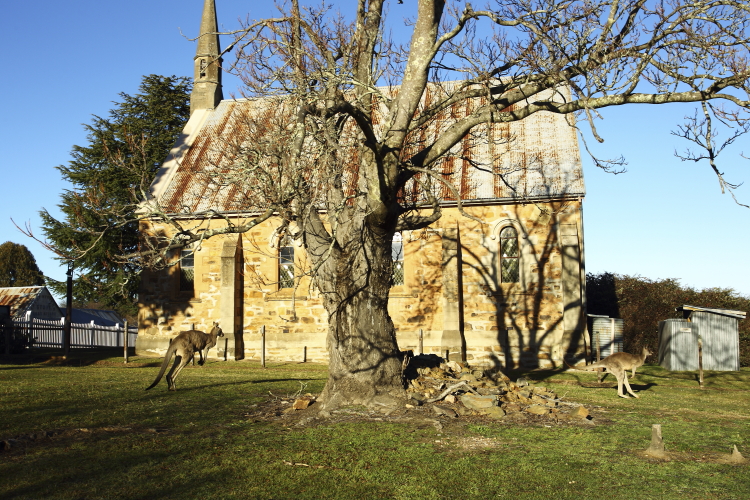 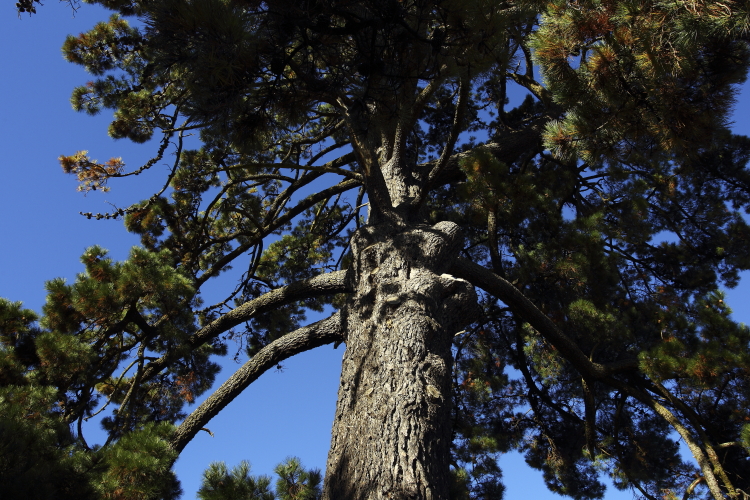 big old pine tree where a church used to be, in its hey day, Hill End had some 52 pubs ( licensed and non licensed ),now only one left & well over a dozen churches and from memory, a population of up to 8000 at one stage, now just under a 100 remain 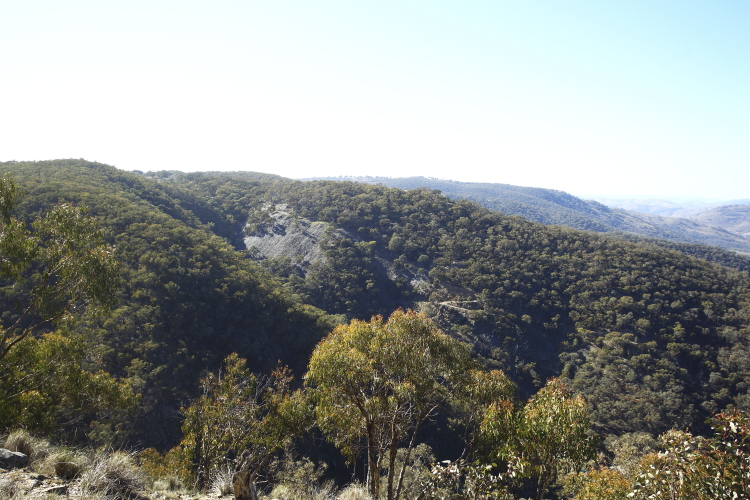 After breakfast we drive up to one of the look outs,Beaufoy ( named after a local 1870's photographer ) and this is what it was all about Hawks Hill, see all the gravel on the side, there were about 20 mines along there and in the middle of that hill is where one of Australia's largest nuggets was found some 50 meters underground weighing in at close to 300kg, strike it rich

the end of Hawk Hill and at the bottom of the photo, a still operating mine 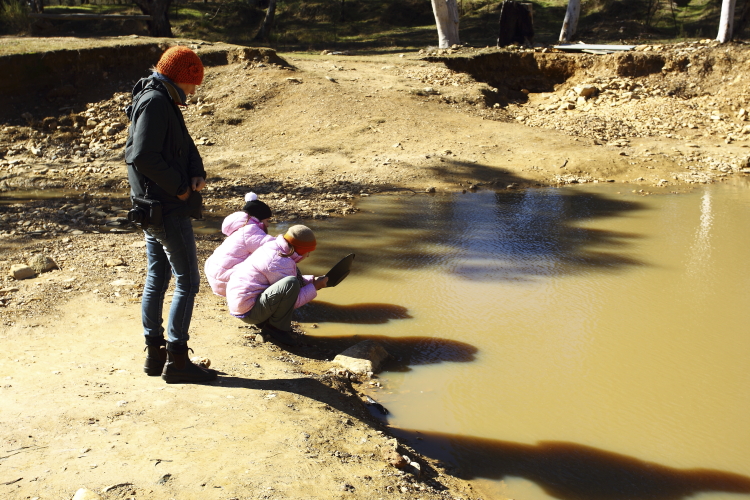 quite a lot of small alluvial gold is still found around these parts, so best we have a go to 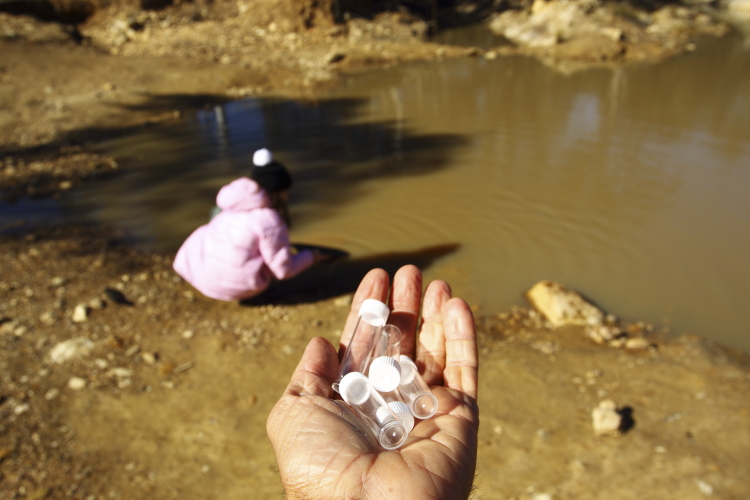 we got our pans and some one optimistically thought we would each need one of these jars to collect our small pieces we would find...for sure 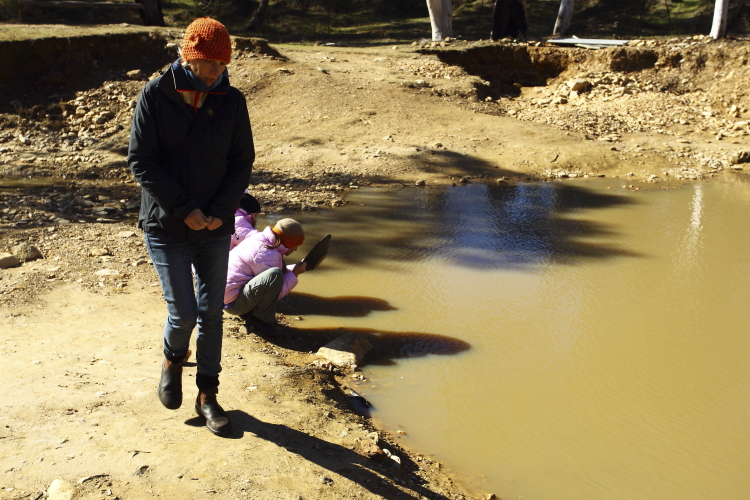 we gave it a go, but involved getting our hands wet and dirty ( dirty was not a problem ) but th water was ice cold, I think we might have to come back on a warmer day, say early autumn :-) 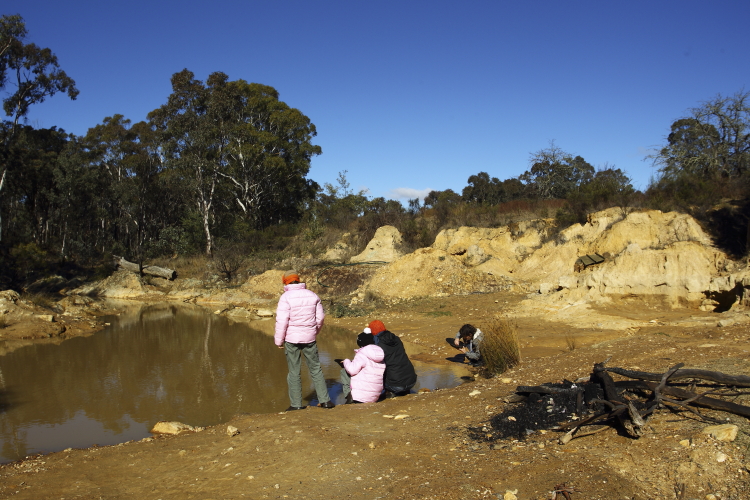 all (cold ) hands on deck 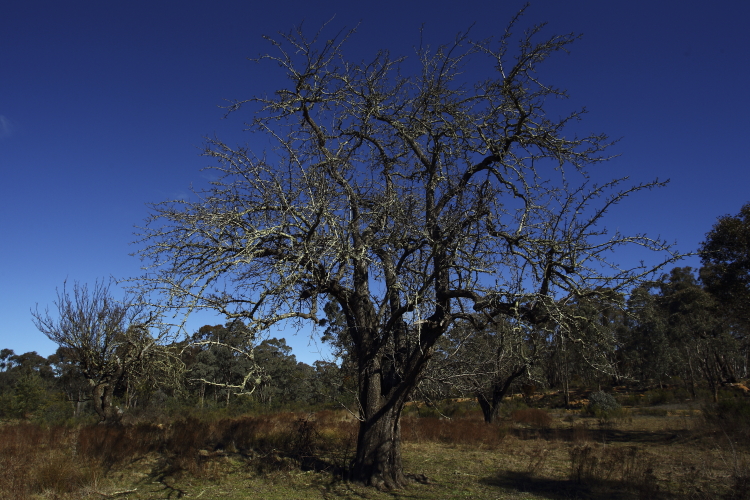 even though all is bushy, you can tell there was once a thriving community out here, judging by this old orchard 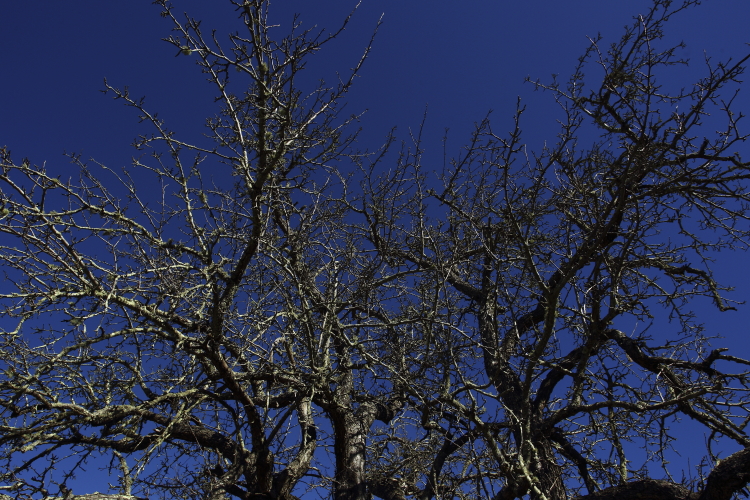 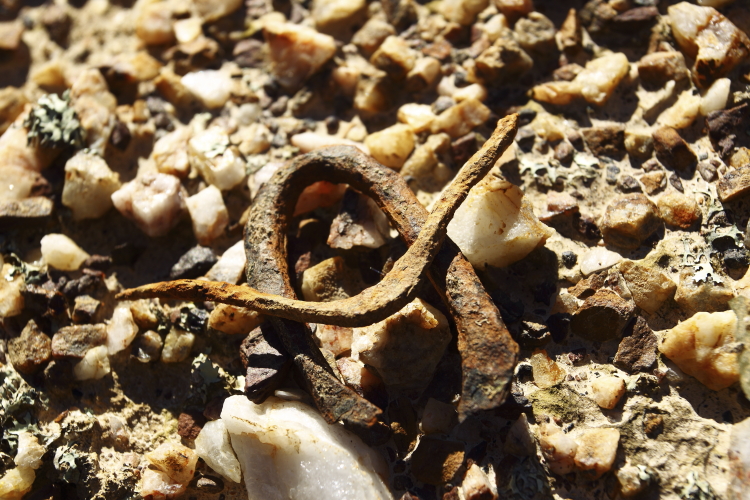 finding lots of old artifacts, but.... 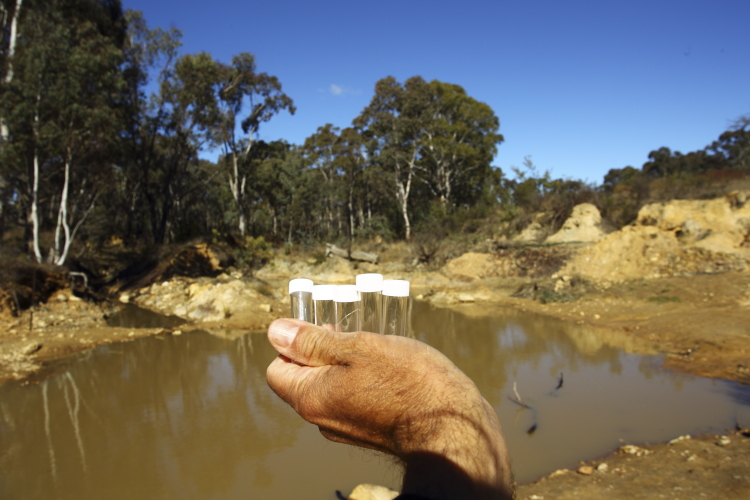 after spending well over an hour here, still nothing in these little jars
we leave empty (cold) handed 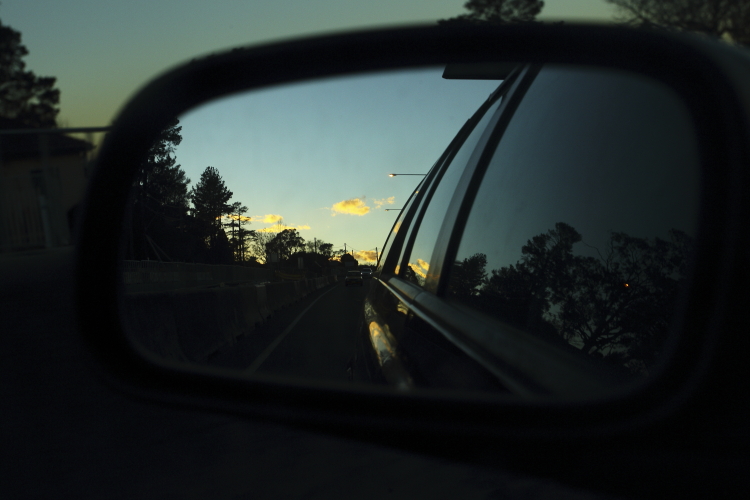 driving down the blue mountains, back to Sydney 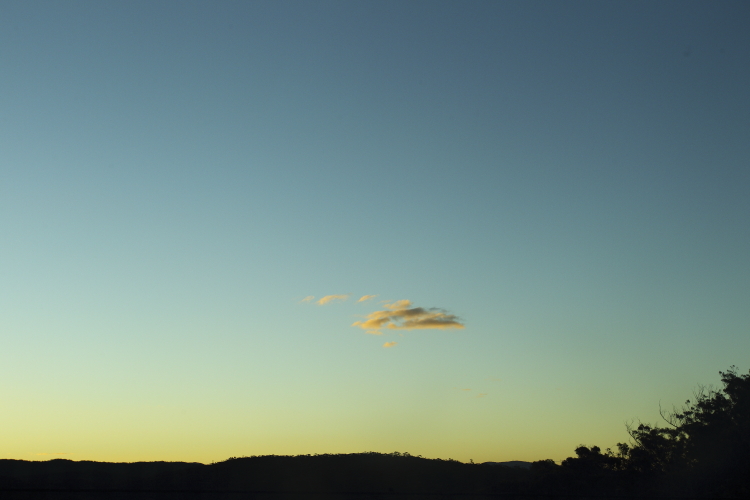 "There's gold in them hills"