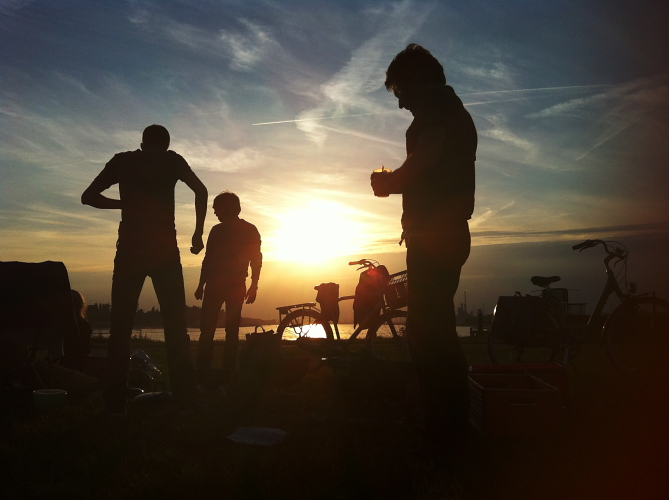 I always catch up with Freddy and Agalia as well ( not that they have old bones, but yes, young spirit ) And this time he was having a bbq with some friends in Antwerp on the banks of the Schelde, In den Bocht van de schelde to be exact. so late afternoon, and the boys set up their webers 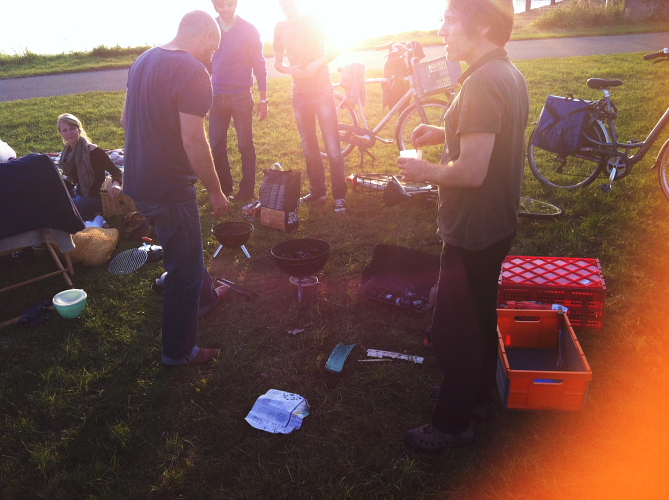 Fredcha has a nice old skool one ( of course ) 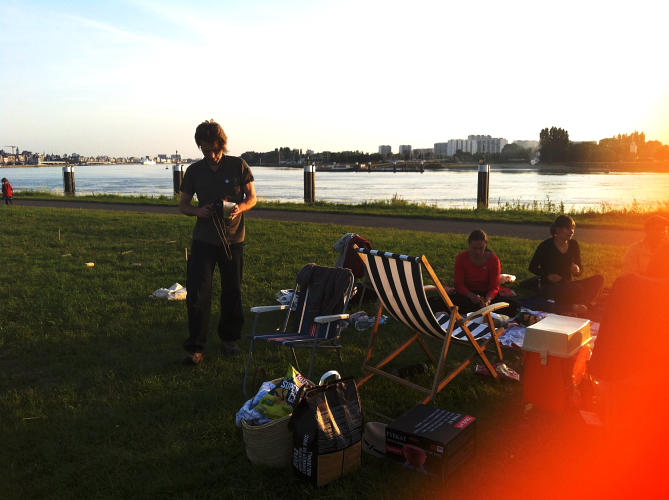 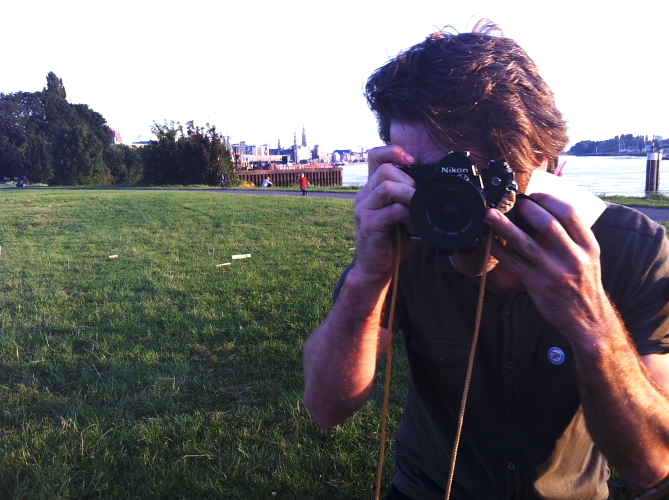 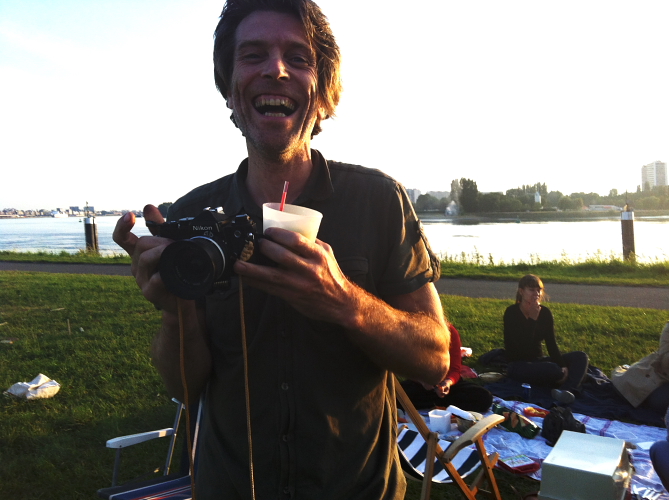 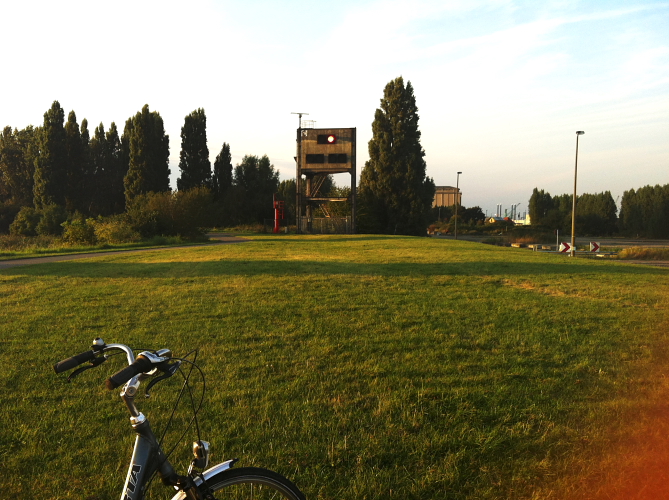 lovely patch of green grass for us in den bocht 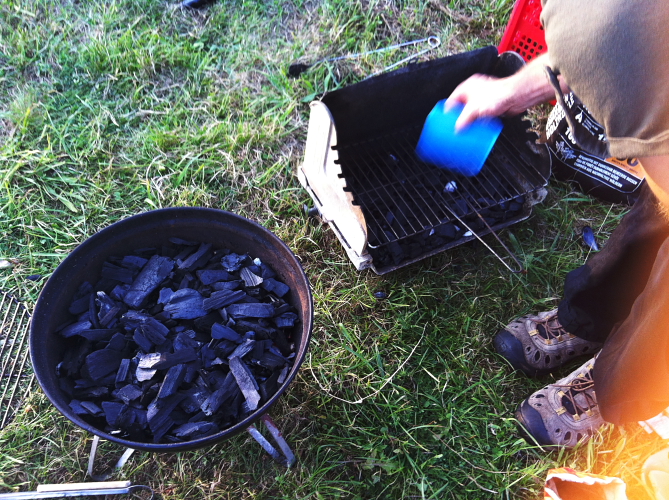 turnign into a little competition between the boys to see who can start cooking first ( cut a long story short, the other guys ended up using Fredcha BBQ to finish cooking their meat :-) 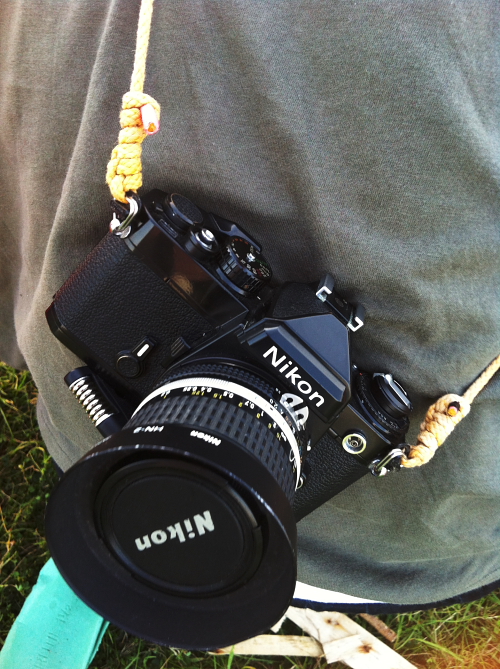 Nice, a lot of times I wish digital was never invented, I would be working a lot more for one :-) 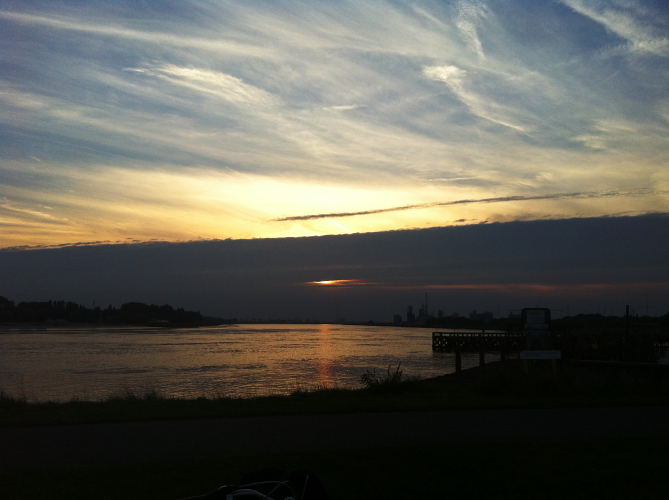 band of cloud on the coast line stealing our sunset 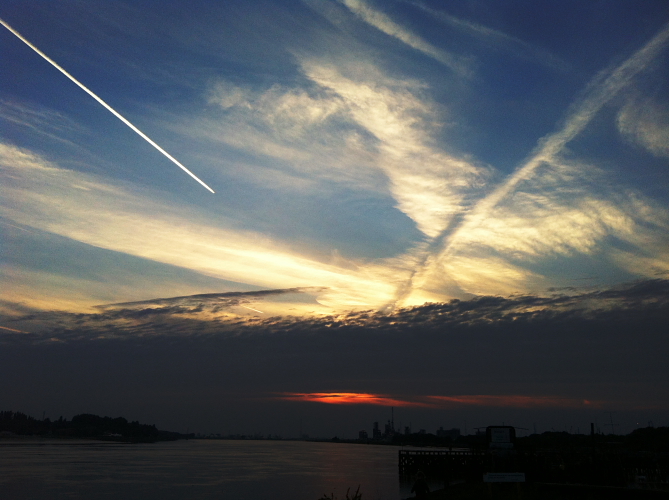 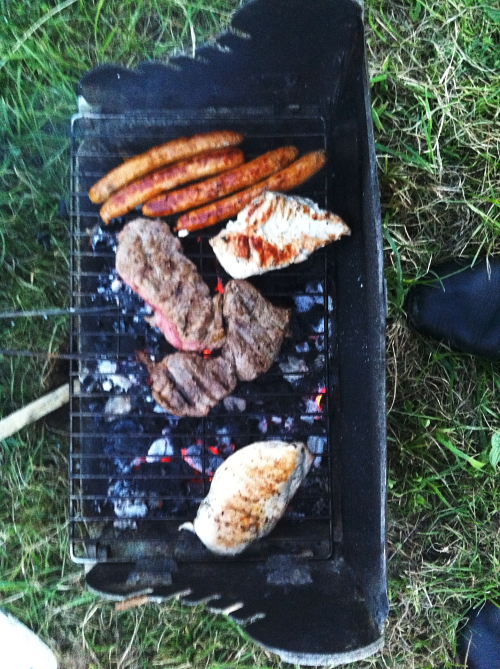 Yep, Freddy, you won that one, and just got your first visa application approved for Australia 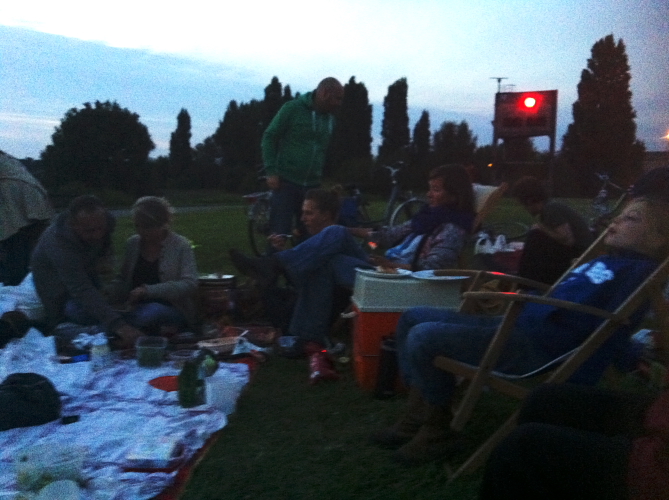 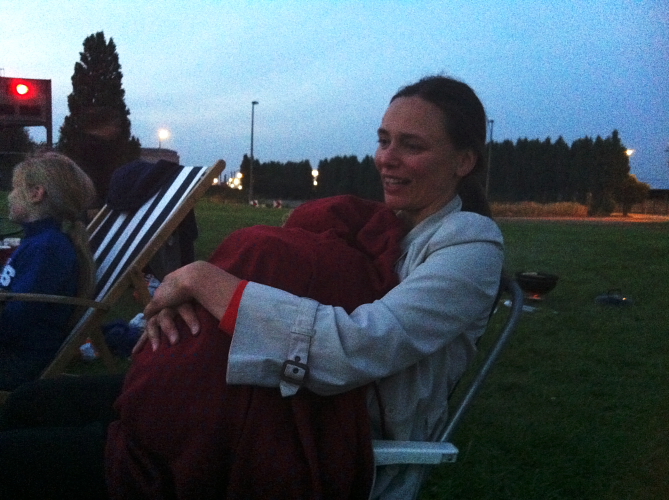 Kerel in the background and Aglaia with Billy, getting tired 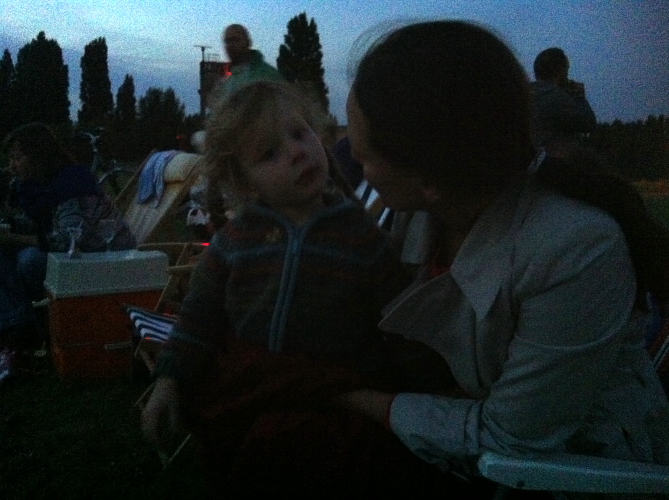 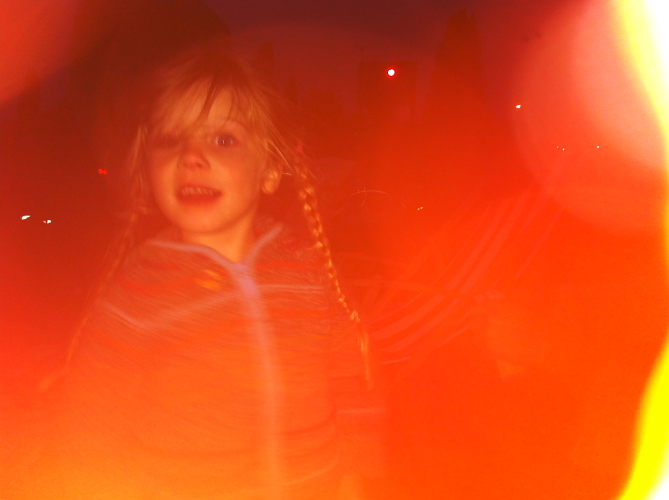 never to tired for a photo :-) 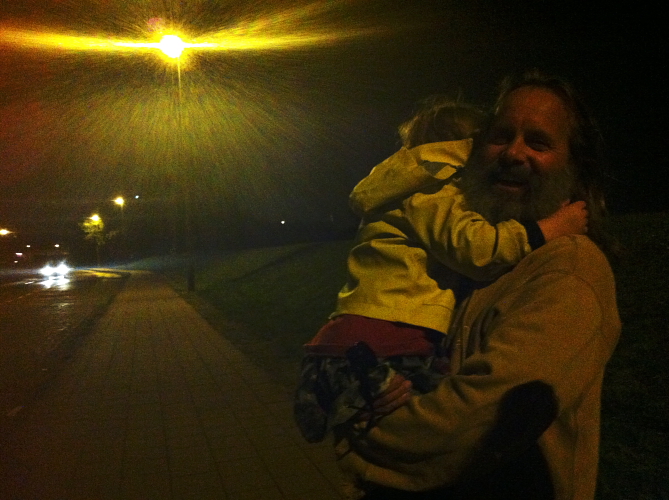 aaaah, so cute ! And she wanted for The Kabouter to come home with her hehehe, when asked which kabouter, she said Sonny