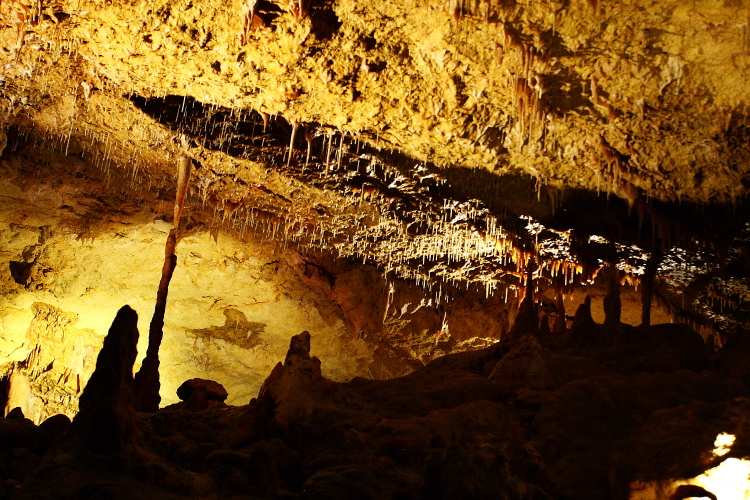 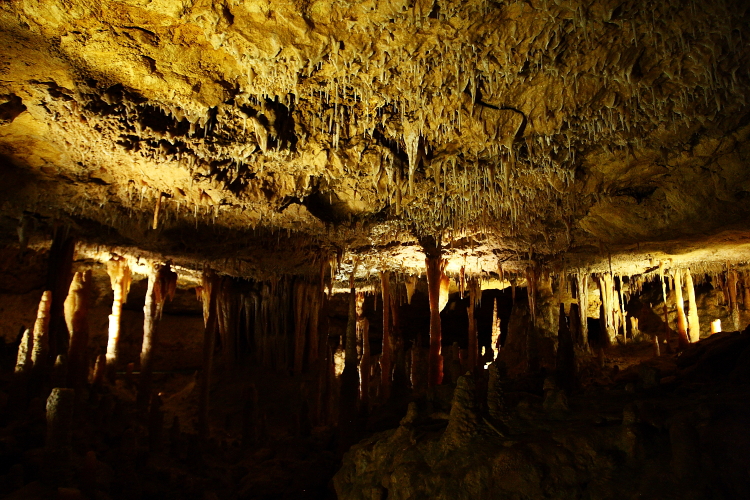 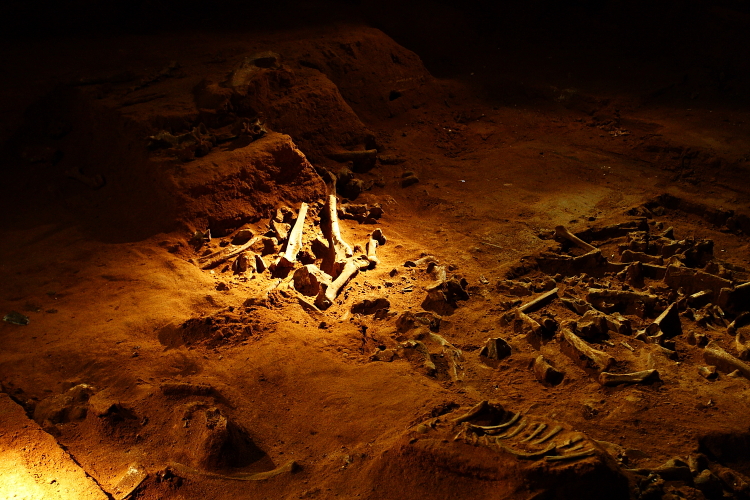 but that's not why we wanted to do this cave tour, we wanted to see the fossils, Naracoorte is on the world heritage list because of all the well preserved fossils they found in some of the chambers 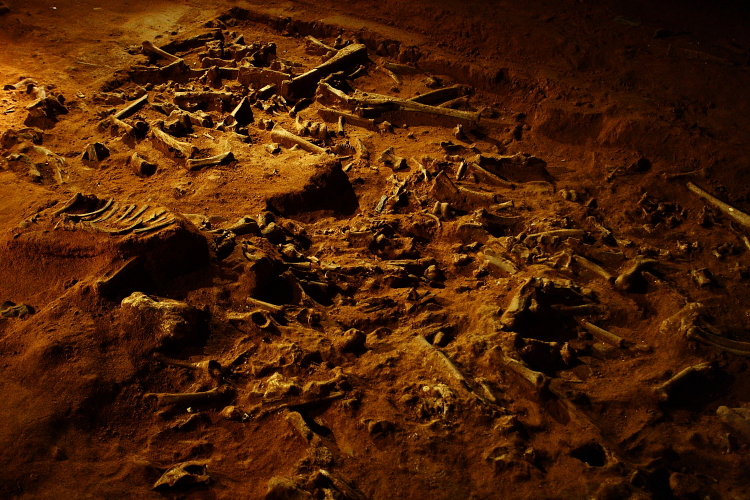 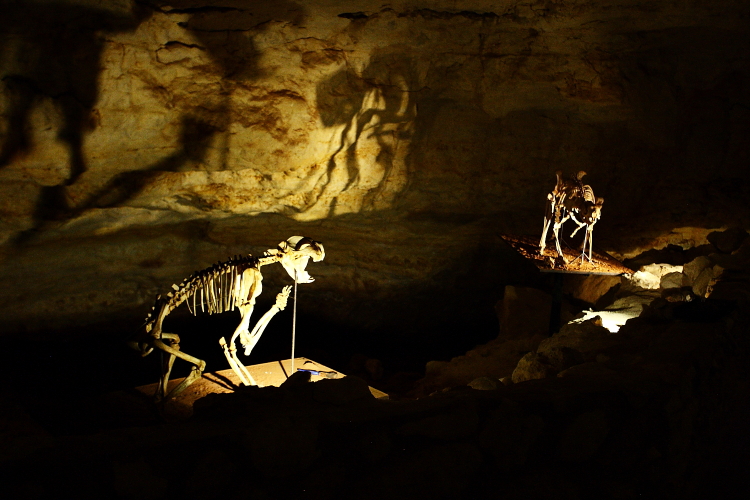 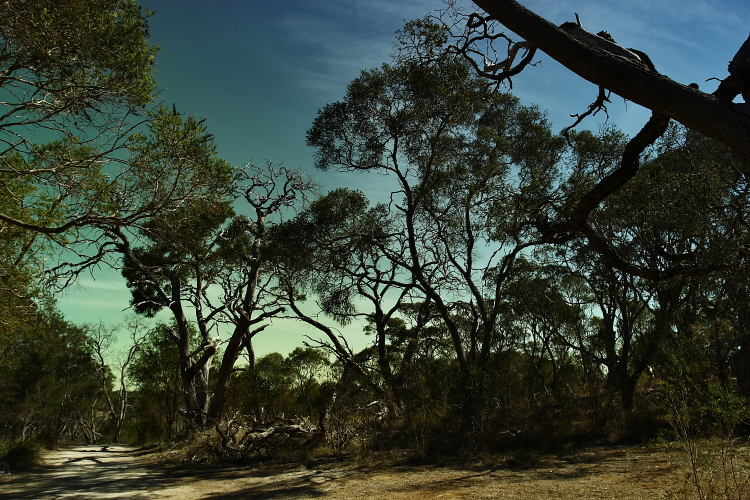 back on top, this is what it would have looked like for a wandering animal, limestone, where there were some naturally corroded shafts, down which a grazing or hopping animal fell, no way of getting out again, dies, and over time with rain washing dirt down the shaft, dead animal gets covered and preserved 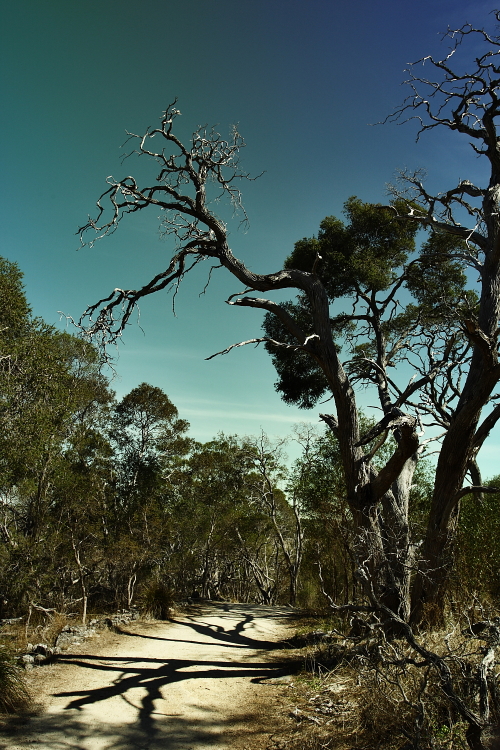