Having shot all these people during this cool project, and talking to them about their favourite bands, how could I go past the lyrics master Jacqui. This girl prides herself in knowing all the words to Bat Out Hell, and many many other songs. And she knows a thing or two about rock, hehe. So to finish off this project with Marcs and their ARIA T-shirts, I left the best for last. Jacqui is wearing the Emma Louise T-shirt by†MARCS. Jacqui, do you remember your first ever band T-shirt ? Ė Yes, The Dropbears. Do you still have it ? Ė No, it was (sort of) a very long term loan from my boyfriend, the singer, and I returned it a few years after we broke up because it was vintage by then and he was probably the more rightful owner. Whatís the latest live act you saw? Ė That's a little shameful because it was so long ago! Nick Cave at the Enmore†Ė with my kids. Always an awesome gig with the king, but to share it with my kids just made it even better. Only problem was, we had to sit. Whatís your favourite Australian album? Ė It does change. At the moment I've been loving listening† to Gentle Ben and His Sensitive Side's, The Sober Light of Day. Favourite song? Ė†The Mercy Seat. The long version. Loud! What makes a good band T-shirt? Ė The cut! So many band T-shirts for women are cut so badly. Either too big and shapeless, or way too tight. A great graphic makes me want to wear it. I also like the tour dates for the memorabilia. 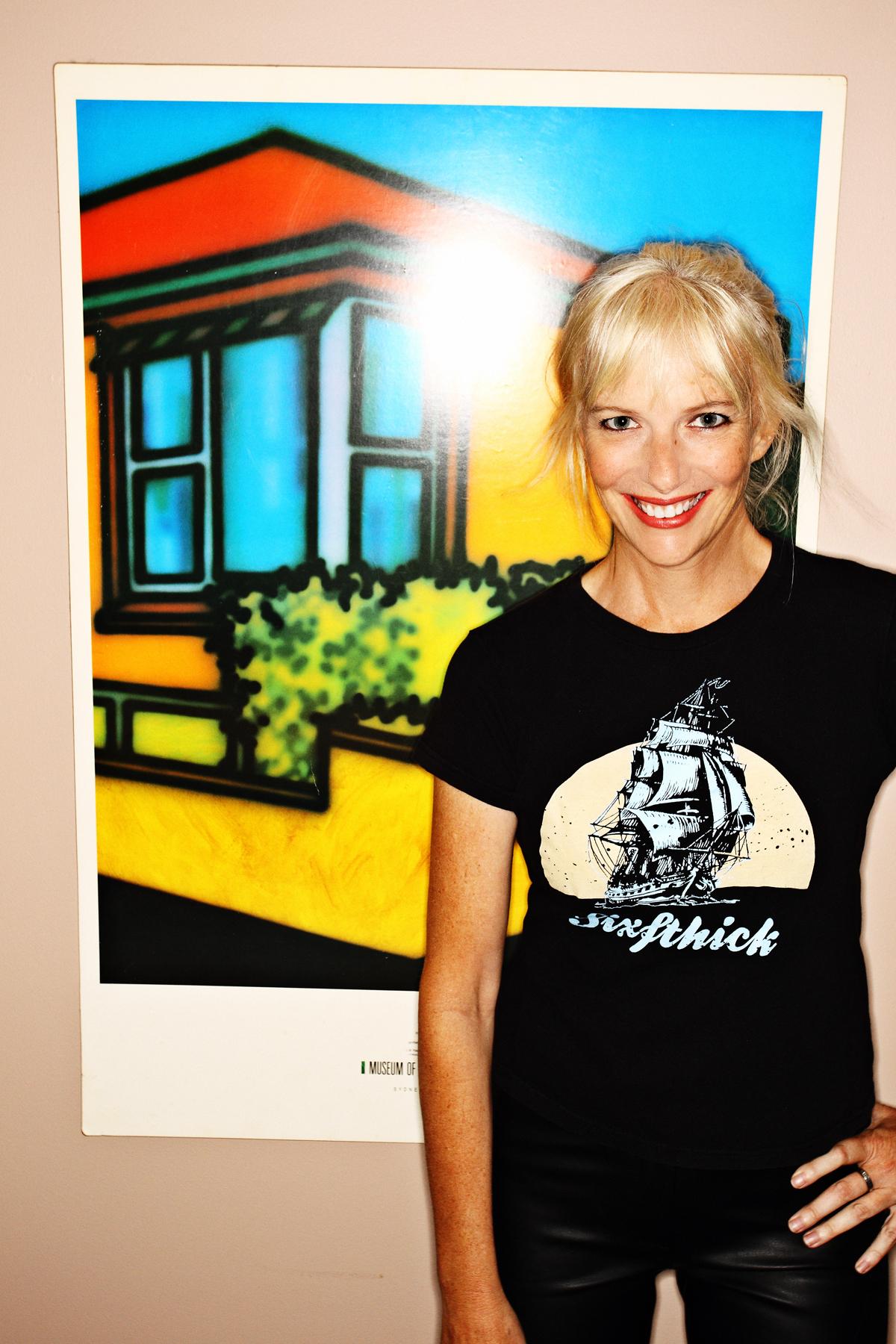