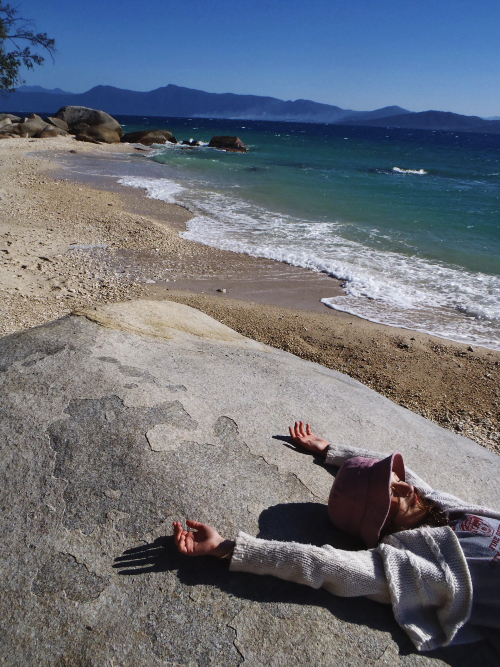 love this shot of India when we went for a walk to check out the Nudie beach at Fitzroy, did not have my other camera on me, as it was on the boat, with the run about's gera broken, no way to get my other camera on shore in dry state, I took some shots with my little water camera first 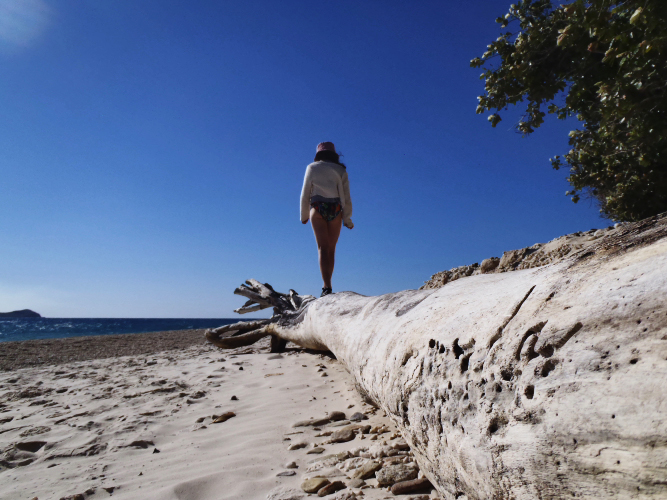 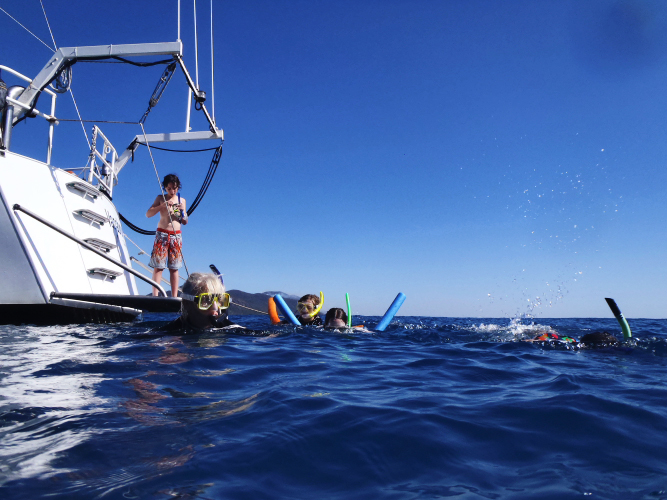 next day after the sunrise and whale watching we all go for another snorkel at Shark Fin bay, which is a good, I don't know 150-250 meters from the boat, so a body of water to cross, which is a big deal for Jacqui, fear of the unknown, but she gets out there without hesitation and goes for it, good on you Jacqui, I don;t thinkt he kids realise how much a deal this was for you 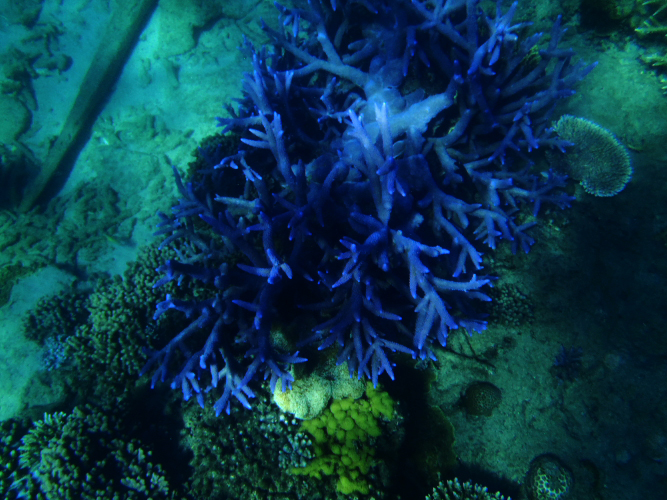 but it is worth it, as we do get to see a small amount of nice colourful coral. And as we all know, the colours on the camera just don't do it justice 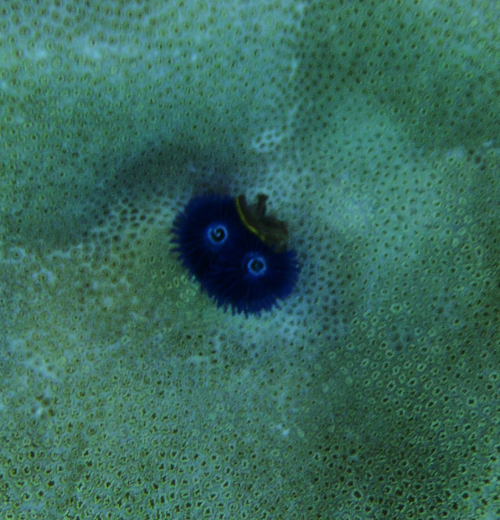 how cute is thing Belle spotted, the size of a 50 cent coin, if you come to close, that thing that looks like a hat, comes down over those 2 circle, so it looks like a little face trying to hide from you 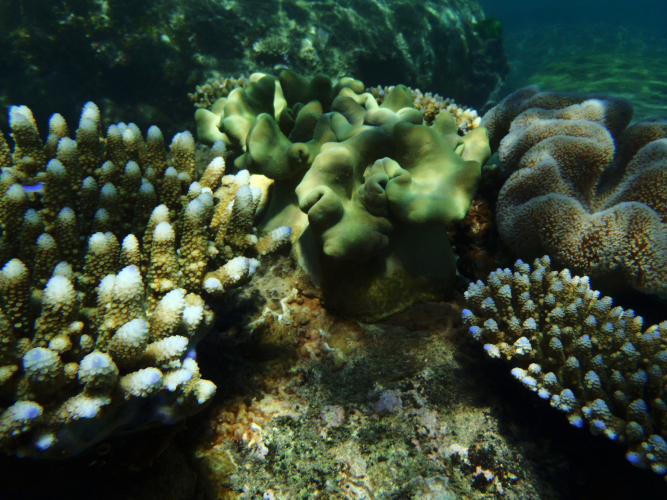 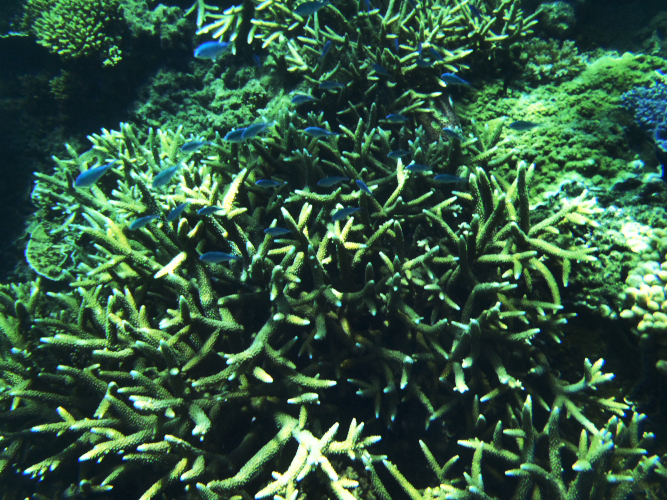 abundance and variety of fish 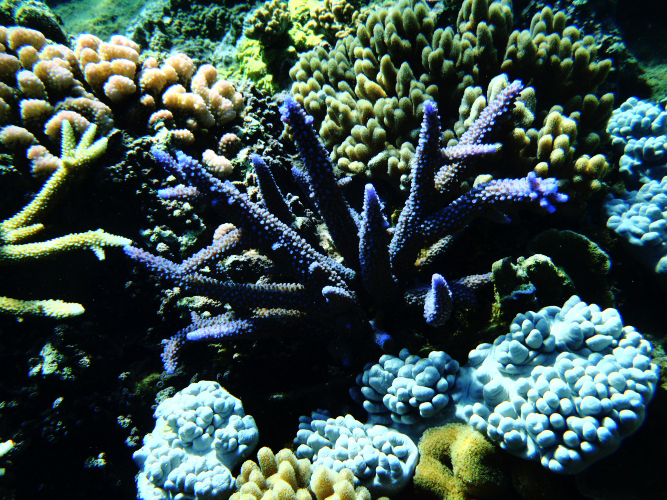 again, this little camera just does not do it justice for the colours 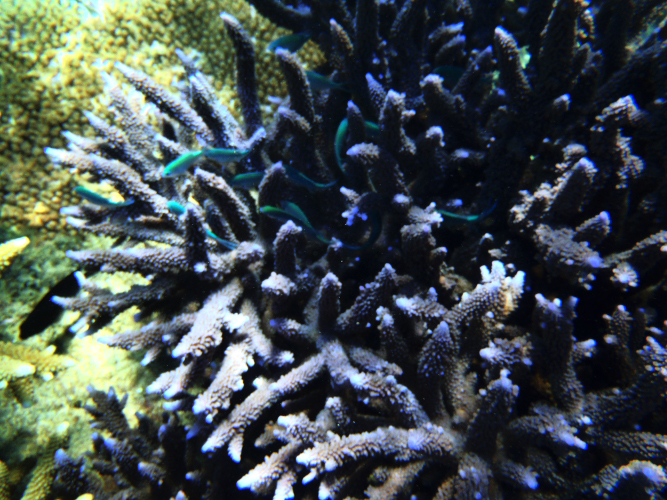 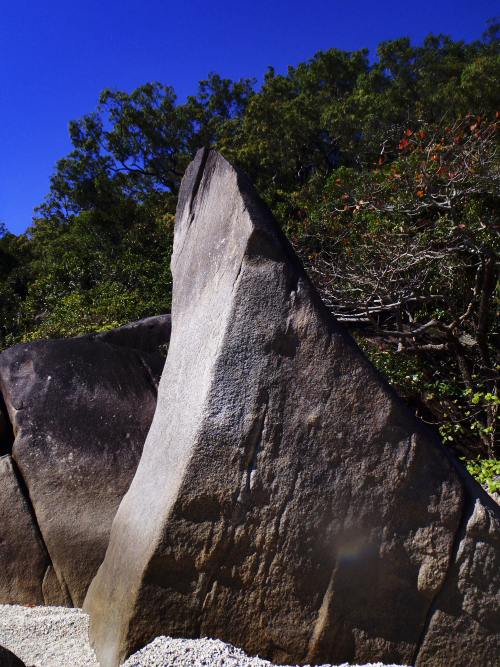 Shark fin bay, so called cause of this rock, which at high tide looks like a shark fin sticking out of the water 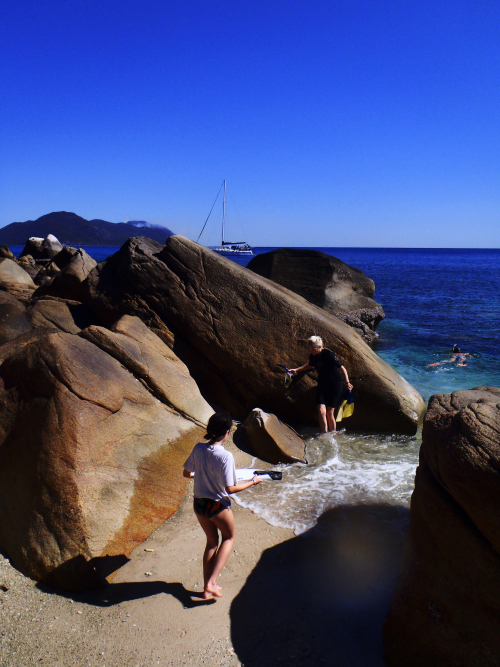 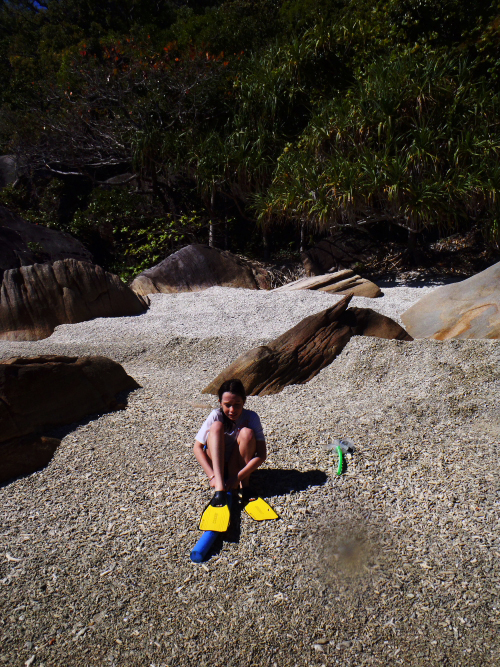 but after a quick explore it's back to the boat as it is still a bit chilly out of the water with that breeze blowing, it is winter after all ( I know it does not look like it, but it is ) 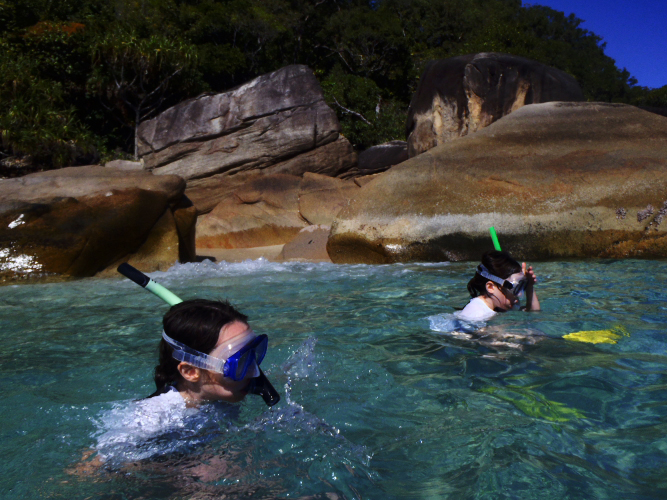 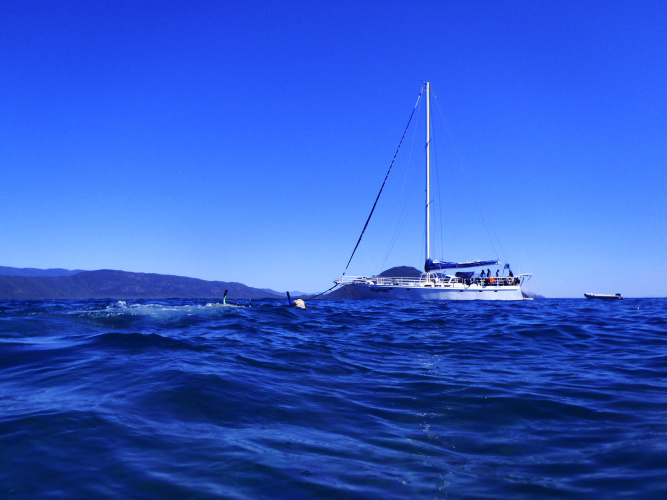 halfway back to the boat, go Jacqui, poor thing must be freaking out a bit by now, as it gets deep enough through here not to see the bottom, and that's a problem for Jac, good work for doing this, surprised she did, so she is getting much better at it, I'm sure there's a lot of people that would not dare enter the deep blue water like this for fear of the un known 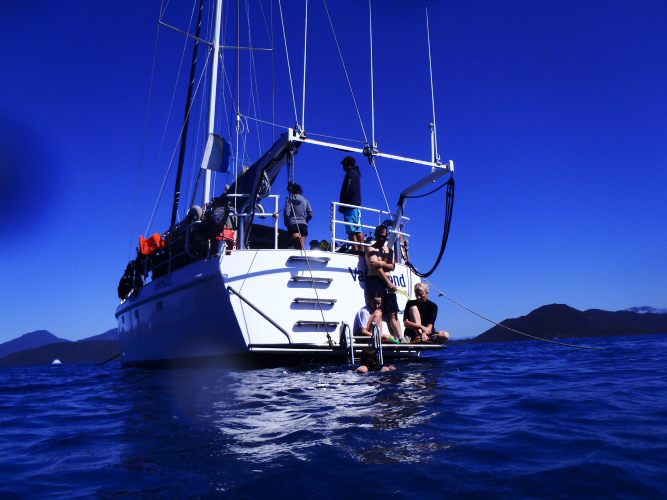 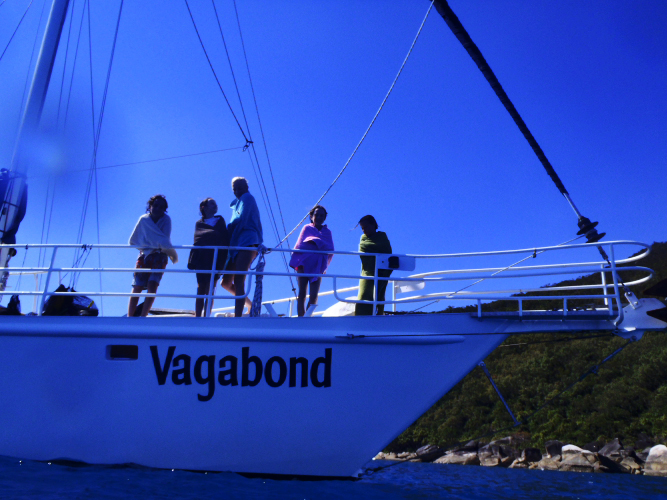 group photo with the girls new american friend as well, look at them all cold and shivering, so much for that hot shower as promised on the brochure 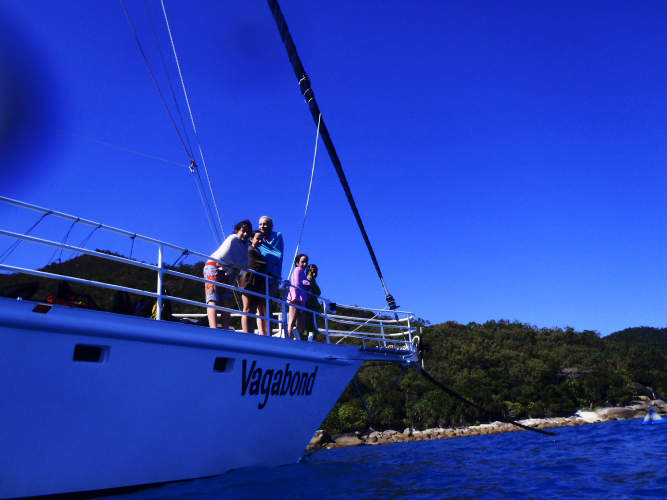 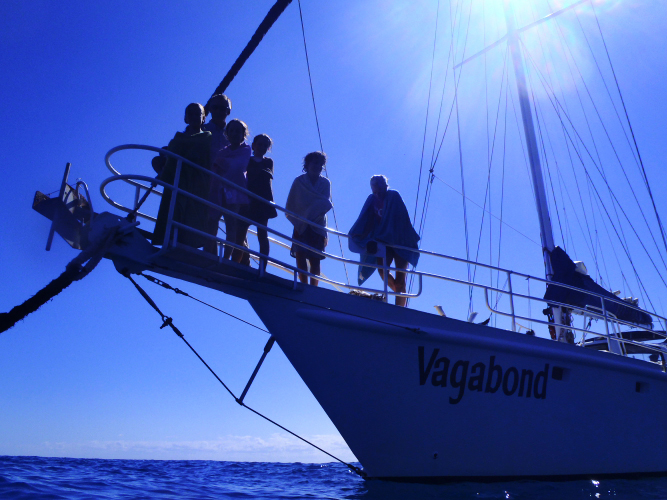