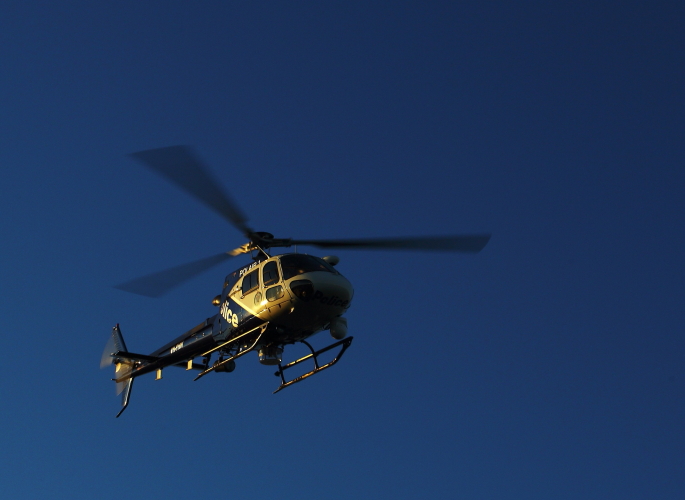 No, not here to see the police helicopter take off 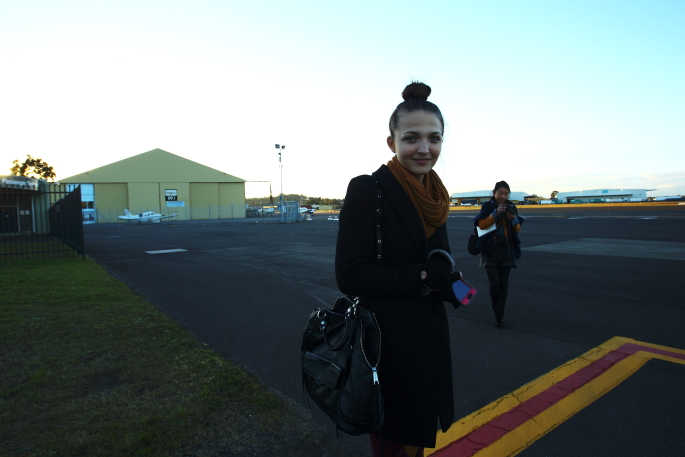 no, after my leg from Europe, it's straight into work mode ( love that landing somewhere and getting straight into production mode ) Super early in the morning, and we have Texas girl, Bay Berger, from Priscillas 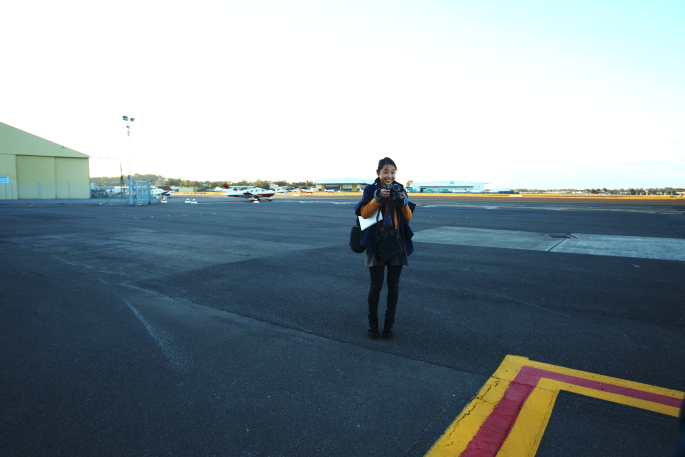 Margaret Zhang from Shine By Three 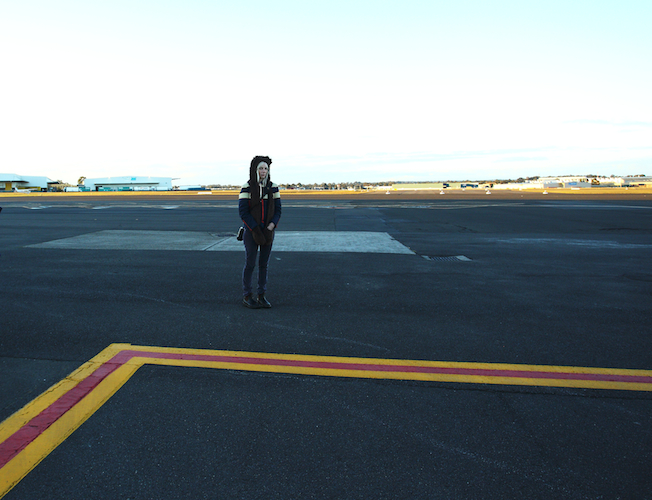 and Jacqui from Running Under The Sprinkler, all here early freezing their butts off this early in the morning as well as make up artist, designer and client ( can't tell you more at this stage, but all will be revealed when advertising campaign is ready to hit the streets ) 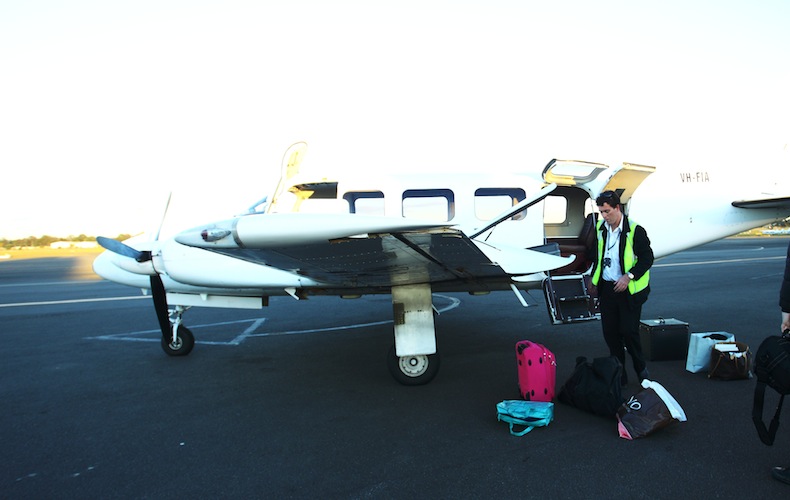 loading our mode of transport, this will be the smallest plane Jacqui's been on, and probably some of the other crew as well. Fun, exciting, just need a coffee though to wake up :-) 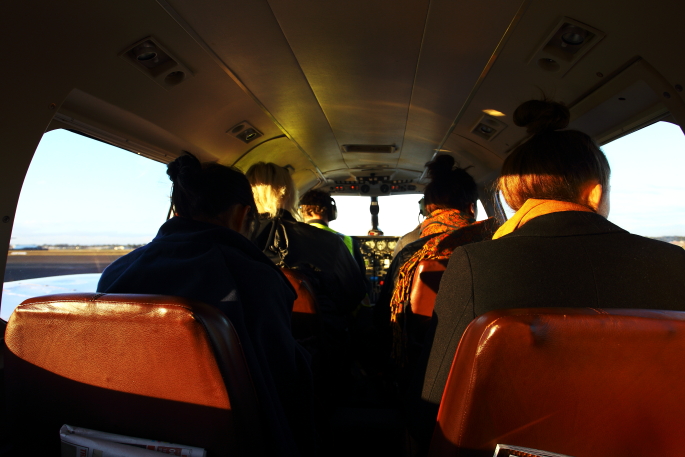 take off in golden morning light 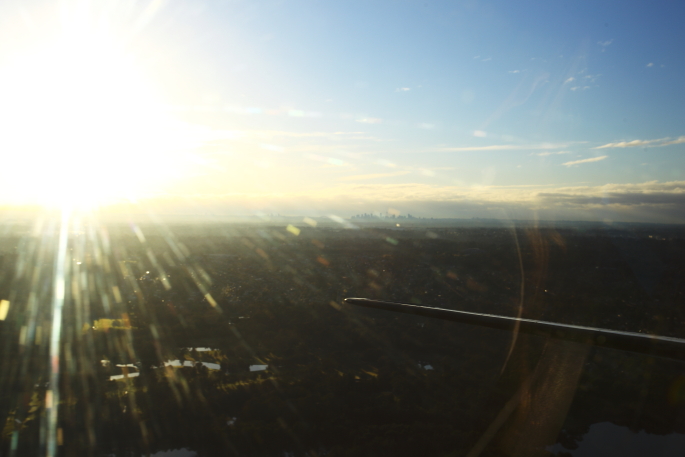 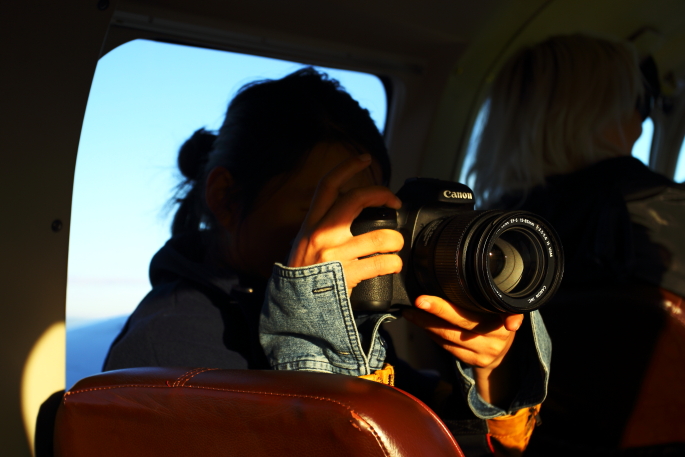 beauty about these small planes is that they have big windows to shoot out of :-) 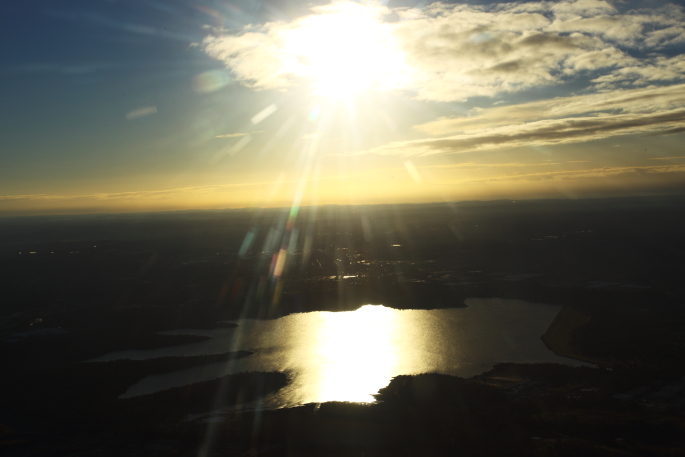 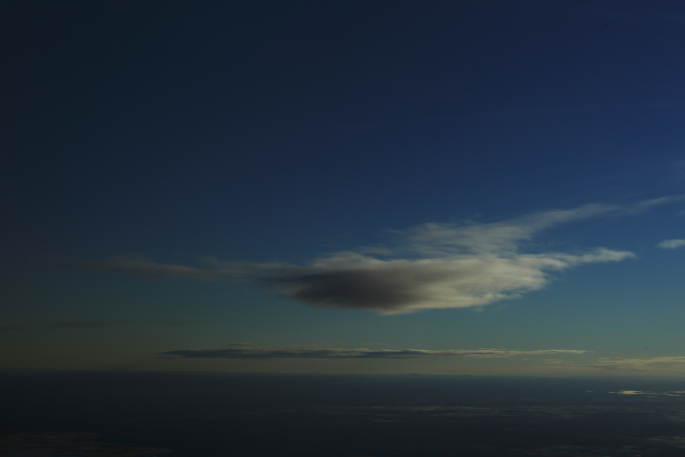 clouds over the blue mountains 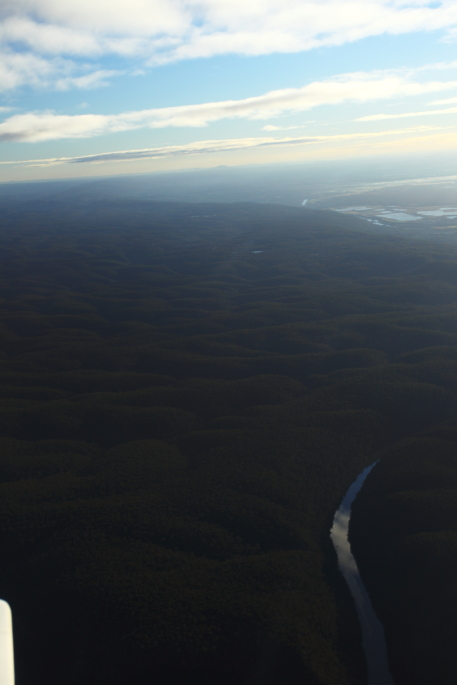 The Nepean river at bottom, going through the blue mountains heading towards Penrith lakes at the top of photo 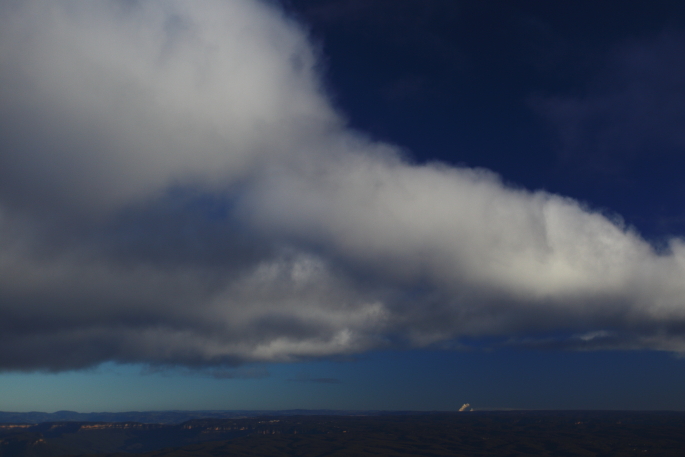 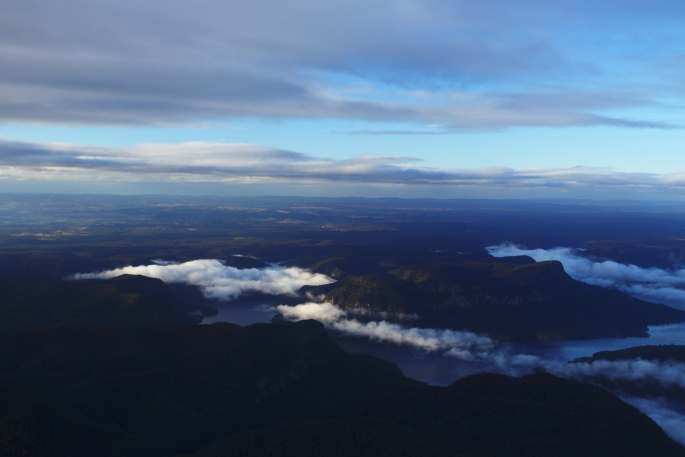 the lake Burragorang created by warragamba dam in the blue mountains 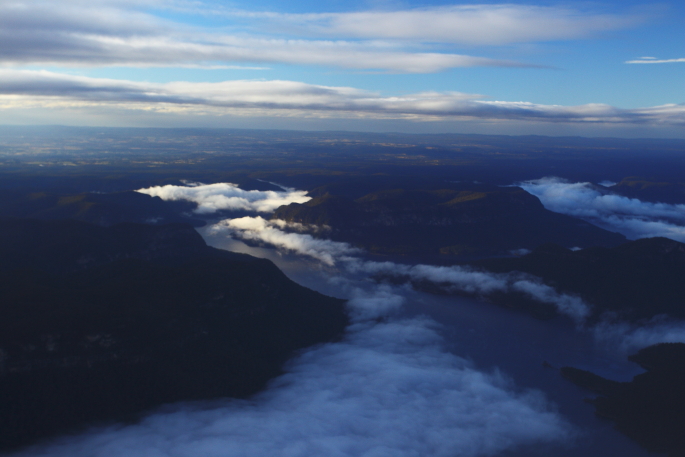 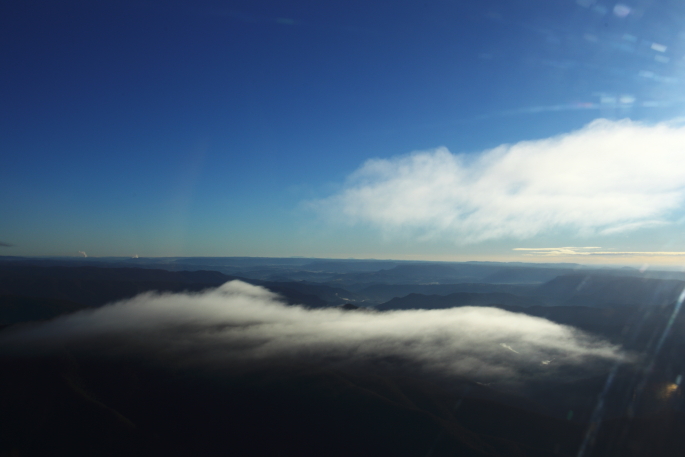 the beautiful blue mountains, best spot for a good day of bush walking 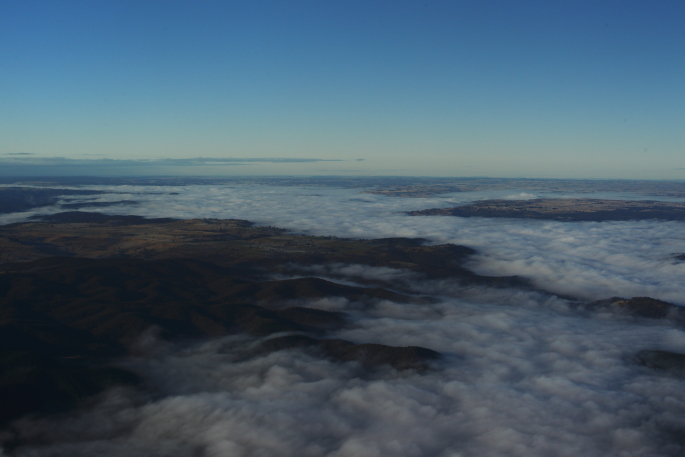 the grazing land beyond the blue mountains, still early and covered in patchy fog 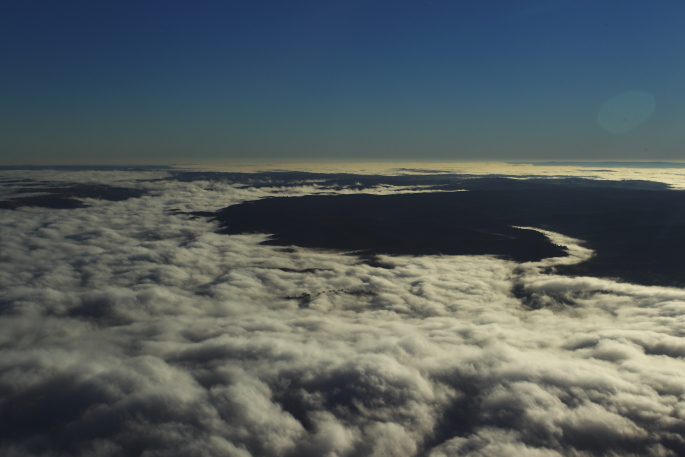 a lot of fog actually 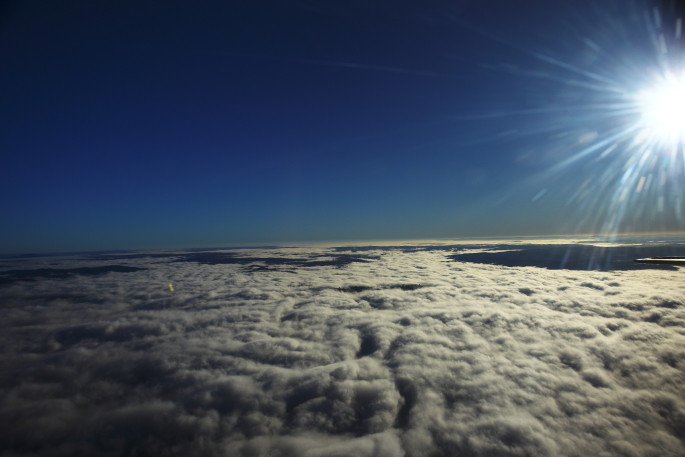 nice shot, and would be a nice shot down there as well 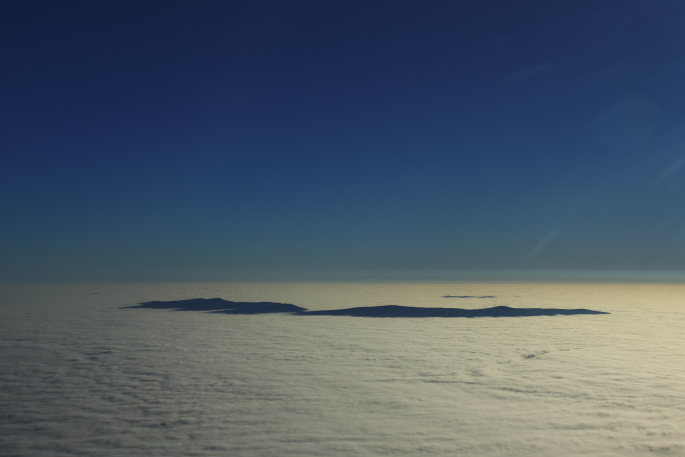 Island mountain top of the fog 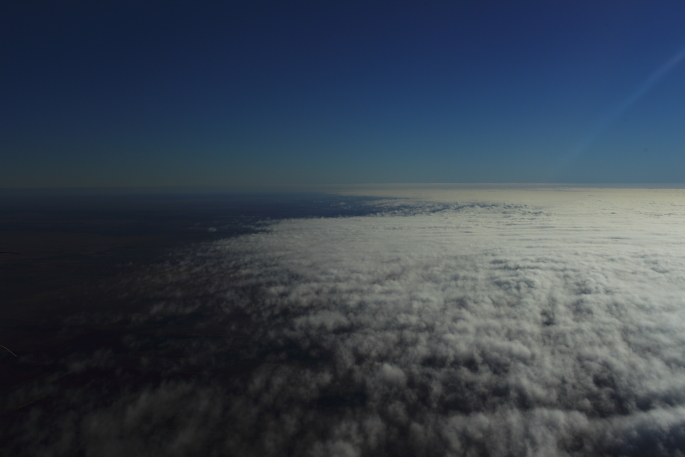 fog finally clears further west ( and to think I flew over all this coming from the other direction about 2-3 hours ago, when it was still pitch black ) 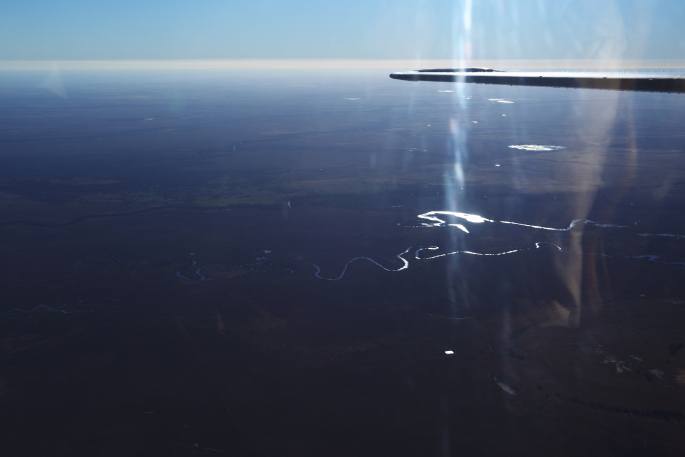 heading down to land and re-fuel 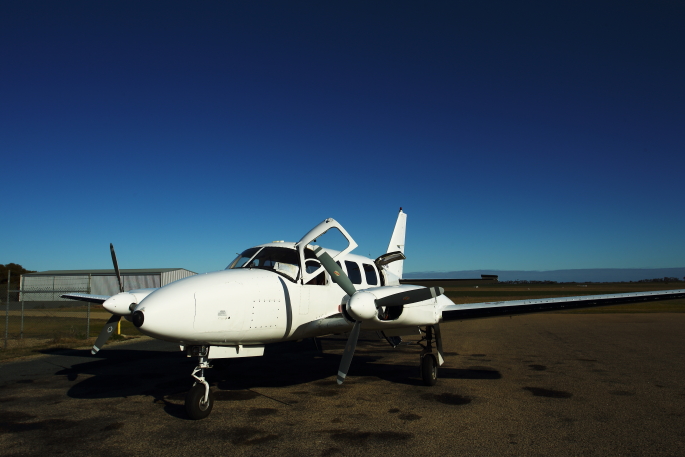 our very own plane for the next few days :-) 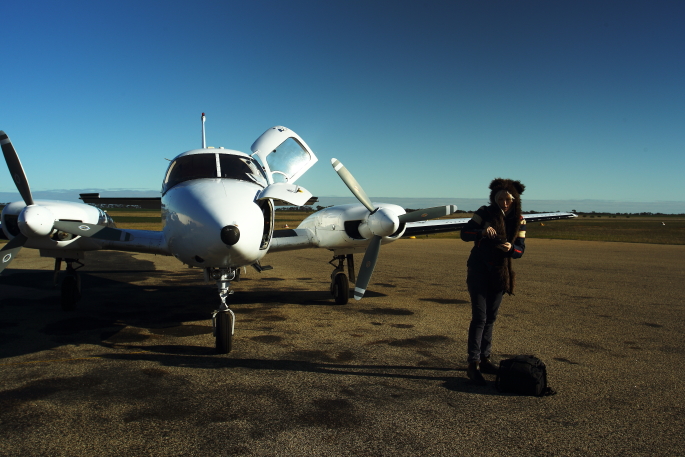 Jacqui trying to warm up in the sun, it gets a bit cold on these planes when you sit at the back ( heater in the front does not quite reach to the back ) 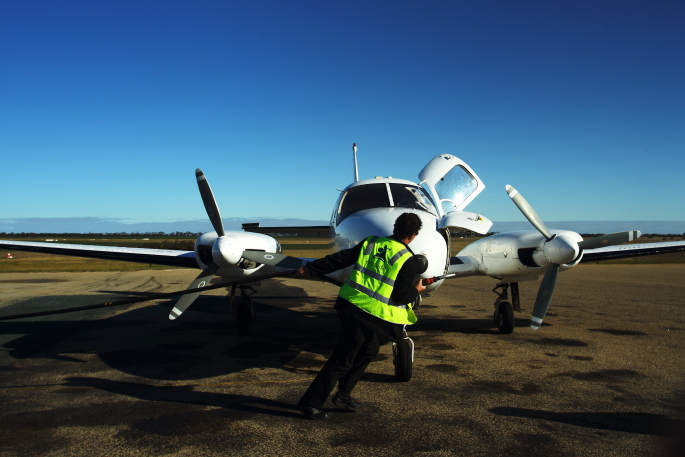 re-fuelling the plane at Swan Hill, western N.S.W., just north of Victorian border. Now this is where I stop the post, we continue on flying and get there in time for late afternoon, but that's all I can say. We ended up doing some fantastic photos on an awesome location with a great team. Was awesome, but, we just going to have to wait as we do not want to spoil the surprise. So begin September the campaign will be released and I will post more flight photos, and both Jacqui and Margaret will post behind the scenes photos and videos. And will post end result, plus a great flight back to Sydney. So stay tuned.