Another lucky punter gets a nice barrel 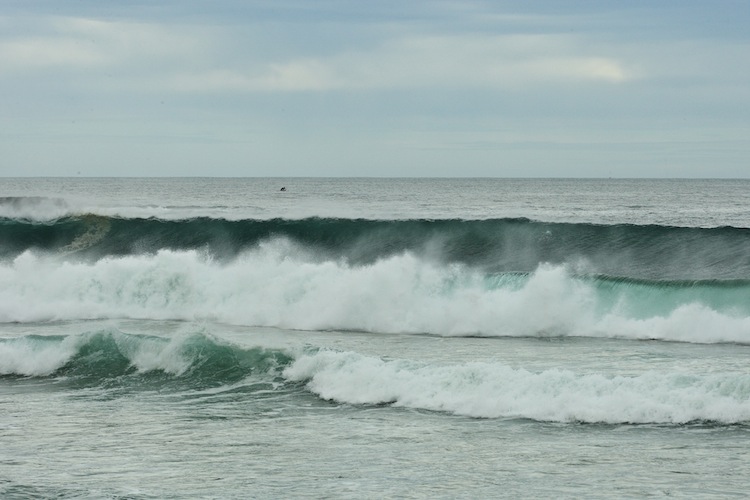 and then another freak set wave out the back cleans up everyone, big big wave, and as it breaks out so much further out the back than the other waves, there is no one ever out there to get it, and instead, everybody cops it on the head instead

This guy gets super lucky, why, cause he's on a twin fin, old skool 70's style

nice easy take off, easy to blo it on the bottom turn with that speed, doesn't , lines it up nicely for probably this guys best barrell this year , yew 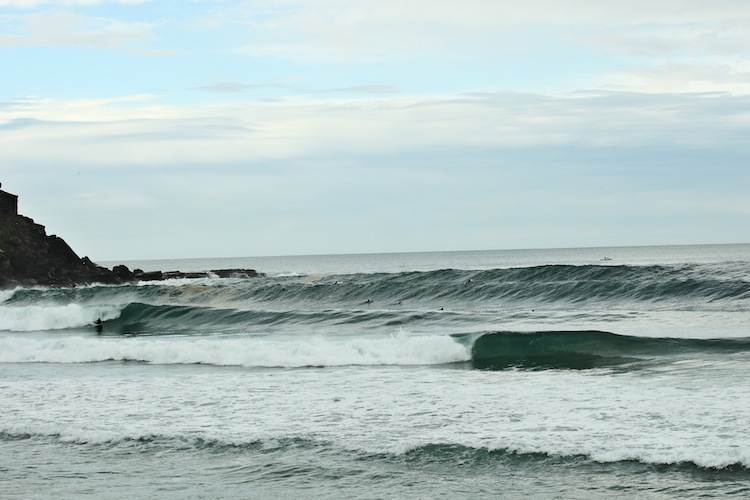 And another clean up set out the back rolling in