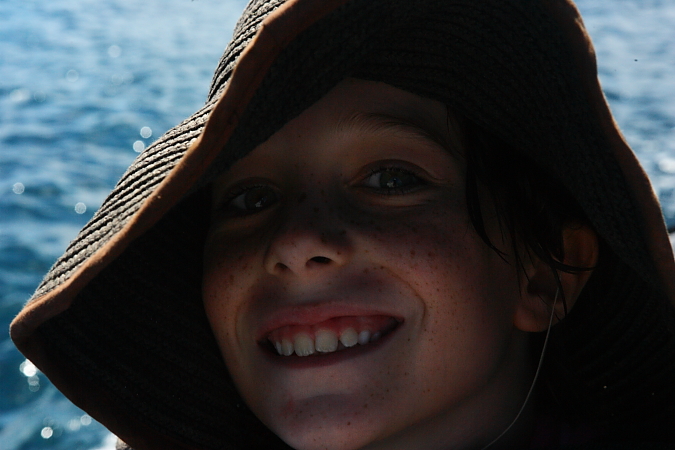 Belle on the boat, we are on our way to Cloudbreak, rented a boat for half the day, we went out a few days ago as well, but there was a little hick up, and the one of the boats the operator runs , its engine blew up, so we went out with a few other blokes who wanted to trawl for fish, so I got dumped at Wilkes passage and Jacqui and the kids got dumped on the beach at Namotu, not this time, this time we got the boat all to ourselves, so Cloudbreak here I come 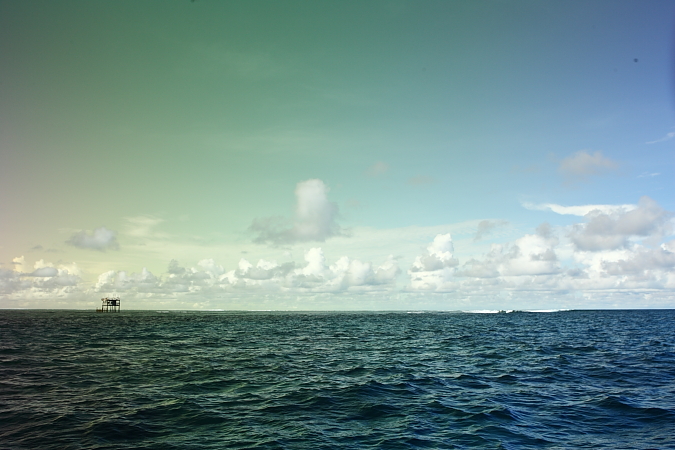 on the left is the famous judges platform for when they have the pro surf comp on at Cloudbreak, as cloudbreak is a reef miles of the mainland , an exposed reef out in the ocean, only accessible by boat, so here we are, i'm amped,...but ..... 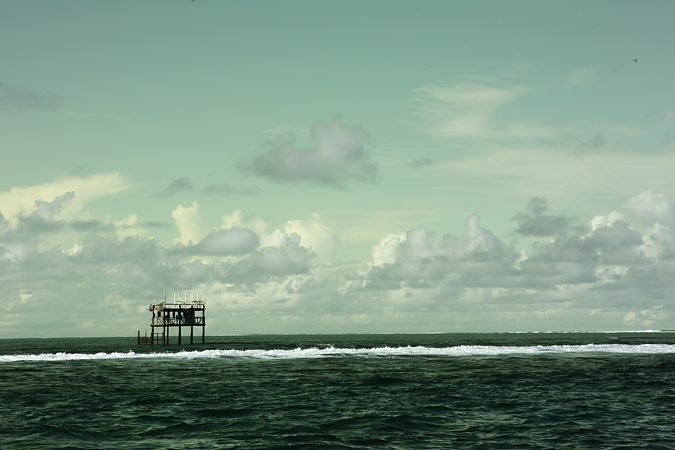 it;s onshore and messy, even though the forecast was for offshore winds, a cyclone out at new Caledonia has pushed winds this direction turning cloudbreak into mush, what a let down, so bummed, was keen to pick up a few screaming left handers 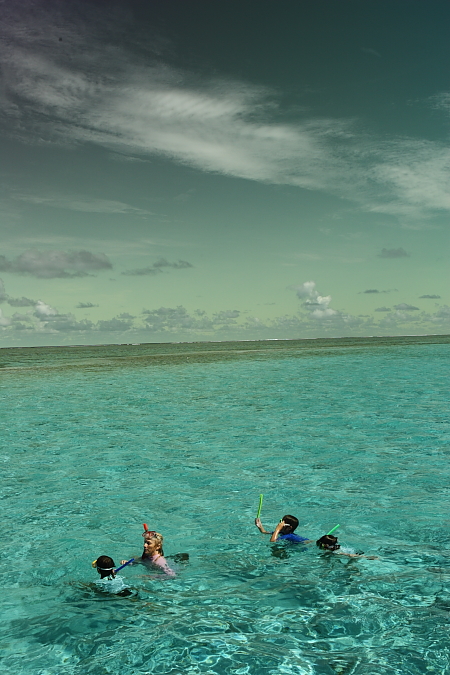 so what to do , why snorkel in the crystal clear pacific of course. From Cloudbreak it's about a 10 min ride to Namotu ( also on shore and messy ) then another 5 min to Wilkes passage, but there were about 30 surfers out there ( last time I surfed it was with one other guy ) Obviously crowded as the other places were too messy to surf. So I opted to take everyone snorkeling instead, banking on the fact that in about 2 hours that crowd out the surf will get hungry and jump on the boat back 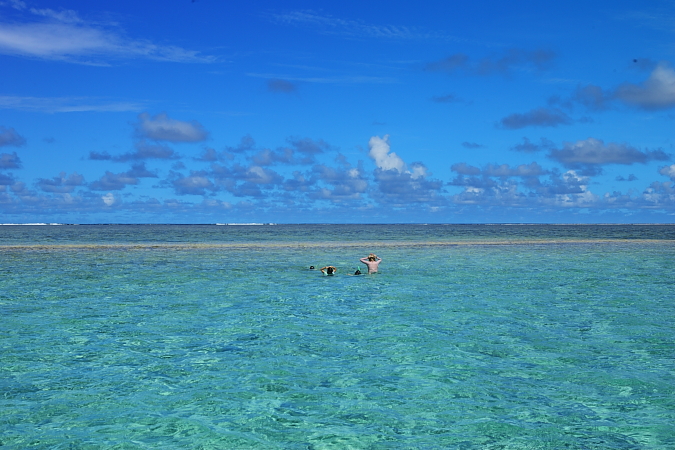 so just around the corner form Wilkes we found ourselves a nice secluded spot, with low tide coming in, a little sand bar about to be exposed in the middle of nowhere just about 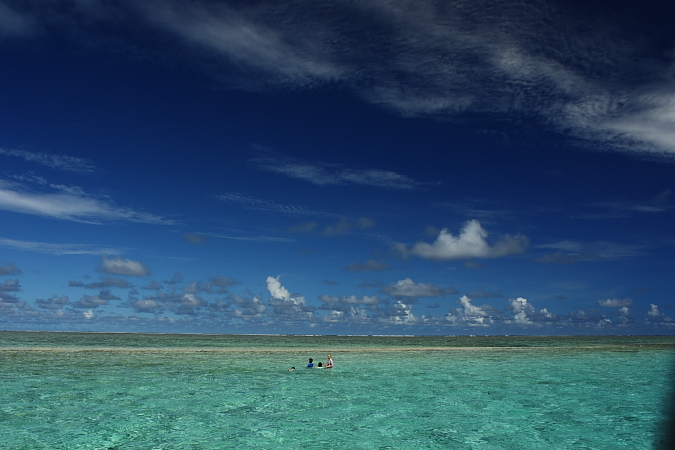 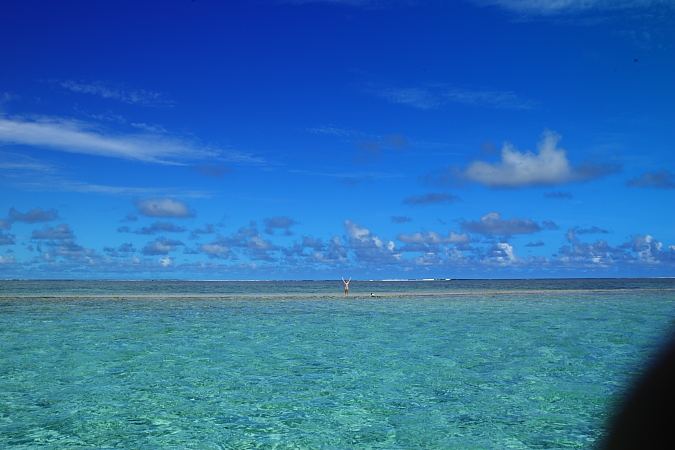 can you still spot them 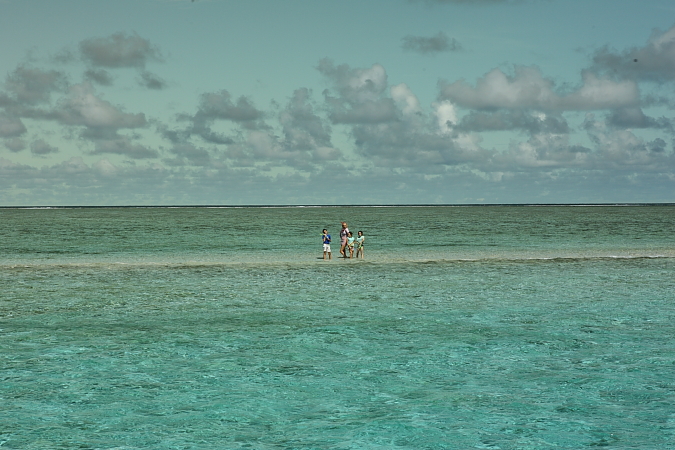 I swam out there and joined them for a snorkel, and it was flippin amazing, all these miniature coral formations with the most amazing fish swimming around them, colours just so pretty ( and yeah, fuming my water camera is already broken- not even 2 months old :-( 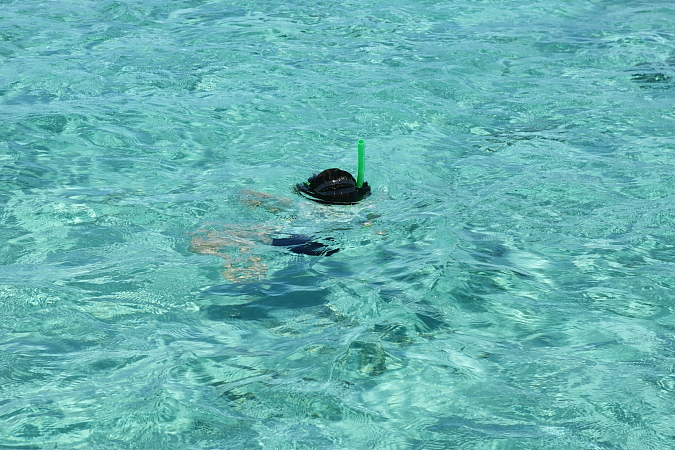 just look at the colour of the sea !! 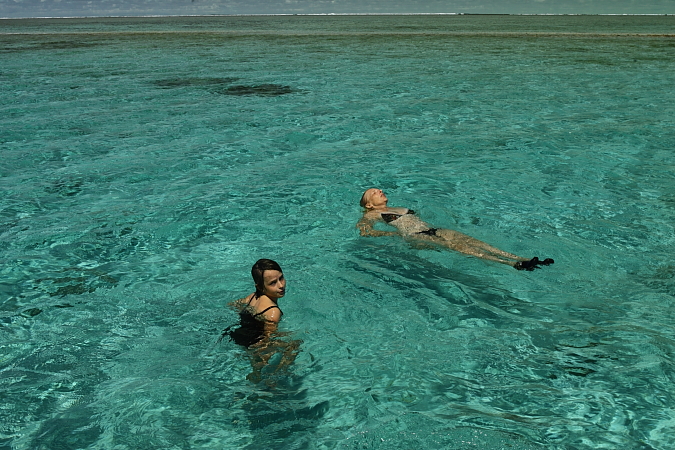 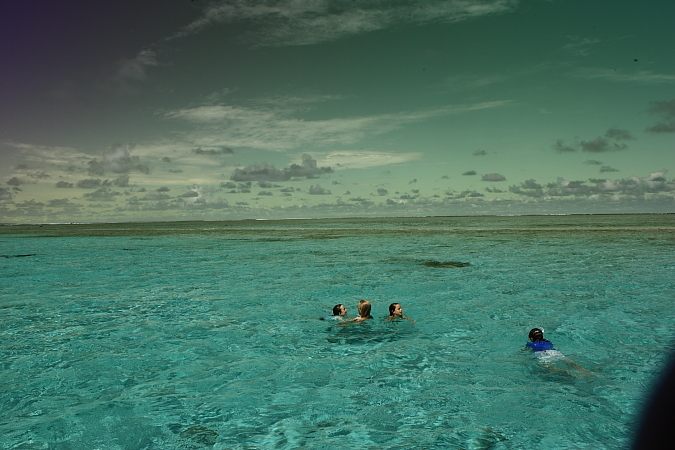 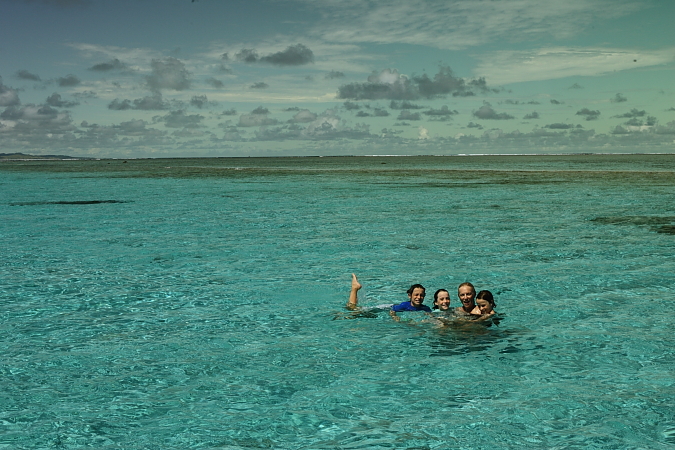 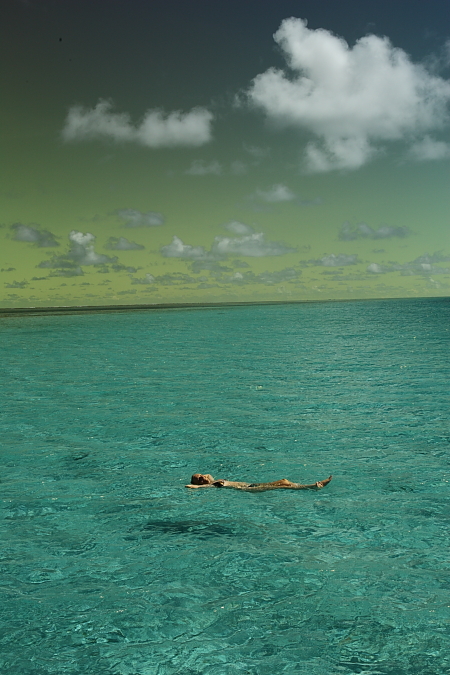 that's my girl. Ok, let's go check the crowd out at Wilkes passage