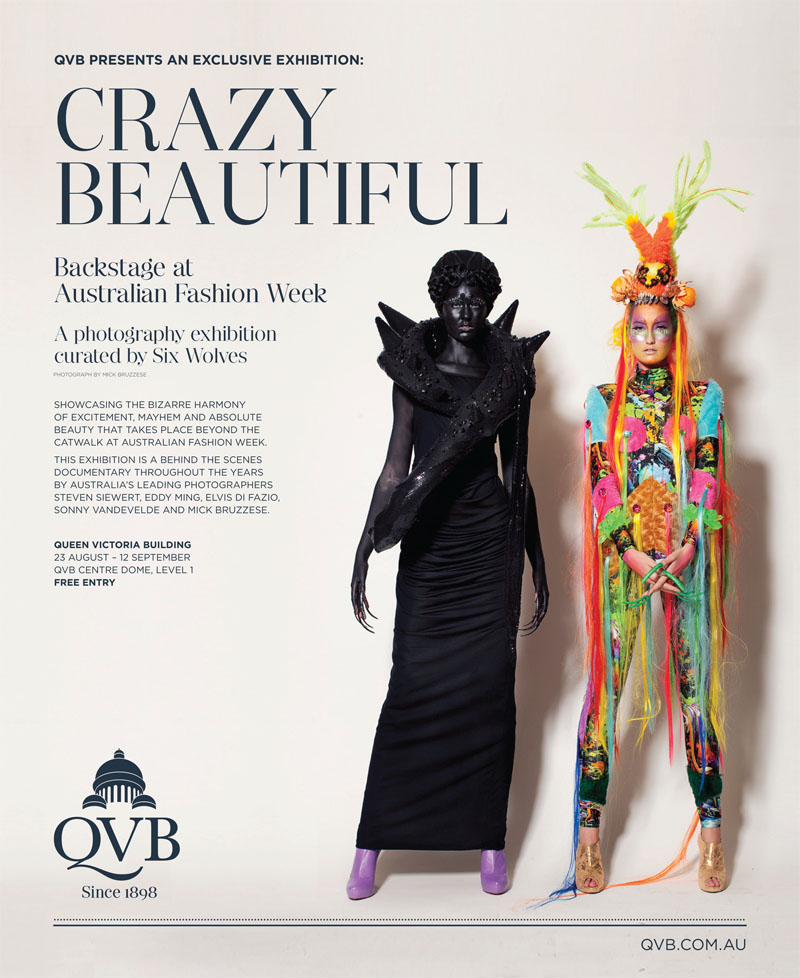 Curated by new young Sydney based production agency six wolves.
On now at the QVB in Sydney, that's the Queen Victoria Building for you non australians and one of the shopping centers to go to as it is in one of the most beautifull buildings in Sydney ( after Strand Arcade )
So check it out, on till the 12th September, first reports in is that it looks great, they printed the photos really big. will post some pictures once someone sends in some shots ( Isaac ? )