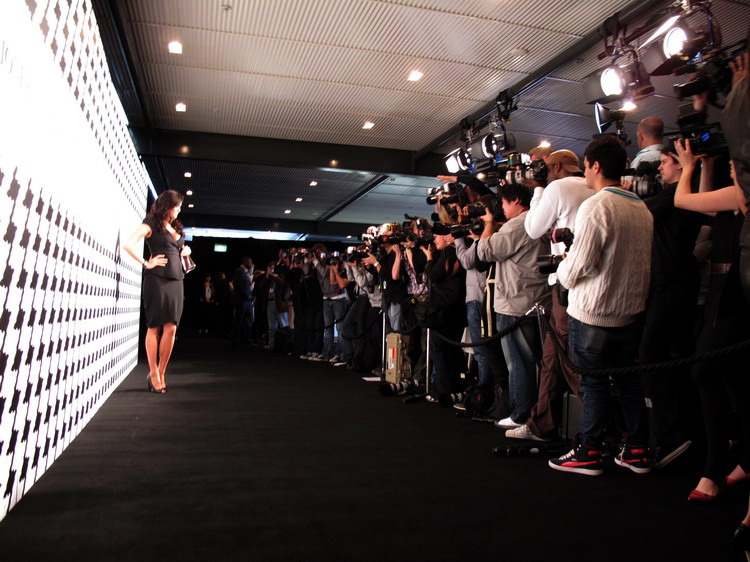 Ugh, irks me when I see this, the paparazzi line-up. Live in Europe for a couple of years, and coming back to Sydney to see that we have become more and more like Los Angeles, celebrity obsessed.
Anyway, back to the event, so for those of you living outside Australia, David Jones is one of Australia's oldest and probably largest chain of department stores ( Myers , formerly Grace Brothers I'm sure, coming in a close second ) and twice a year they put on a fashion show for the media/press to showcase the collection they will have in store for the next season. And this year there was a distinct Australian theme. I wanted to go to the show and do some backstage coverage, but DJ's ( as they are called in Australia ) obviously are not aware of my work and thought I wanted to photograph the "arrivals" purrrlease. I mean look at how many photographers are shooting the "arrivals" then count the national newspapers that might maybe run a shot , let's be generous ...4, then count the number of magazines that would run a shot, and I can only think of the gossip magsand I don't know how many there in Oz, but let's be really generous and say...10, so that's a total of 14 and I count a hell of a lot more than 14 cameras, so my question is , where are all these photos going ? Again...anyway... Here's my old pal Megan arriving, have not seen her in 5 years, Megan and Yosette, those 2 ratbags, time to catch up again for a little drink, but Megan tells me Yosette is living in Qld, so won't be see-ing Yo in the near future then ( unless I scoot over to suoerbank for a quick surf ) 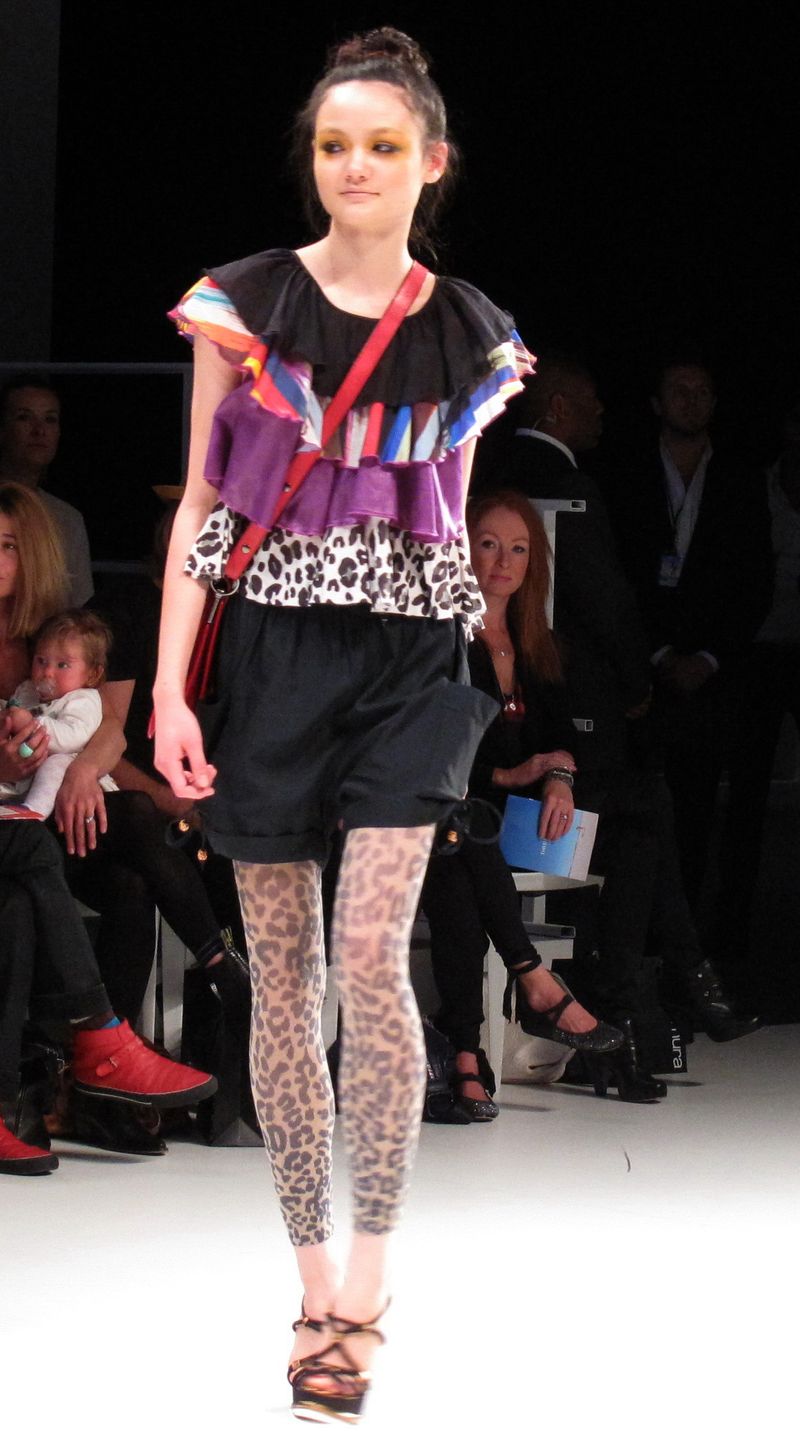 So for a change , I sit front row second row at a fashion show, and hey look , Rachel Rutt made it back to Sydney in time for the show, she must have just arrived back , as Todd was trying to book her for the lookbook we just shot last week, but was told she had not arrived back from New York yet. New York being the place where Rachel has created a bit of a buzz

But today's show is all about ( besides the clothes) Miranda Kerr, as she shot the catalogue for DJ's and then flew back for the show 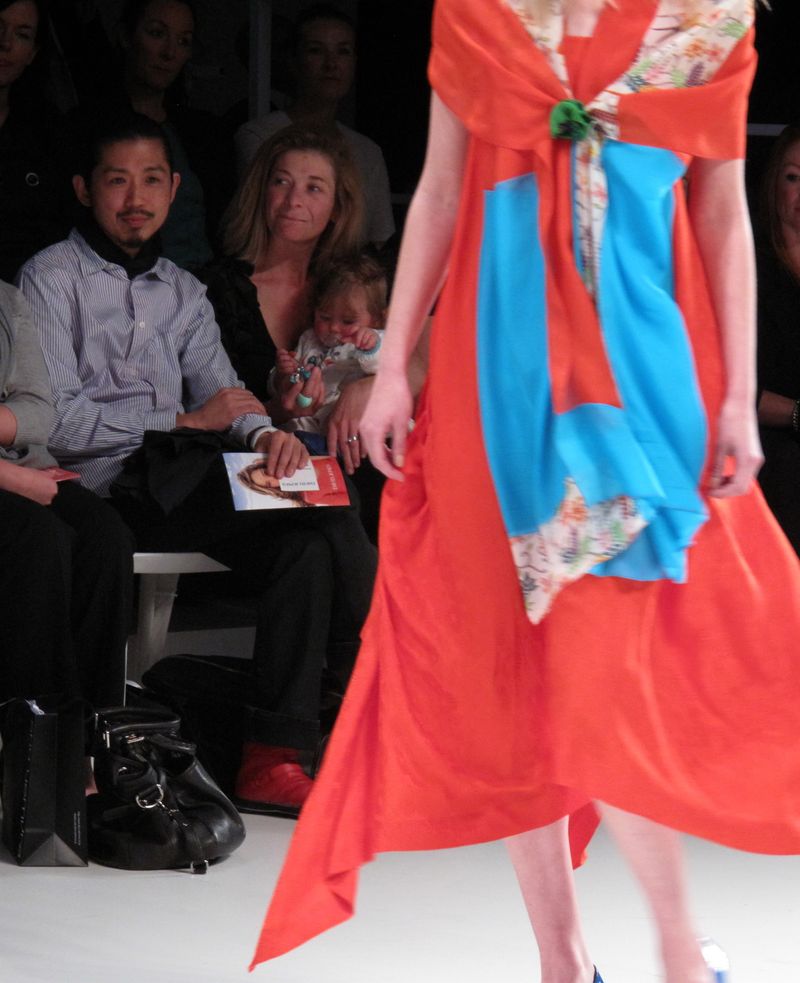 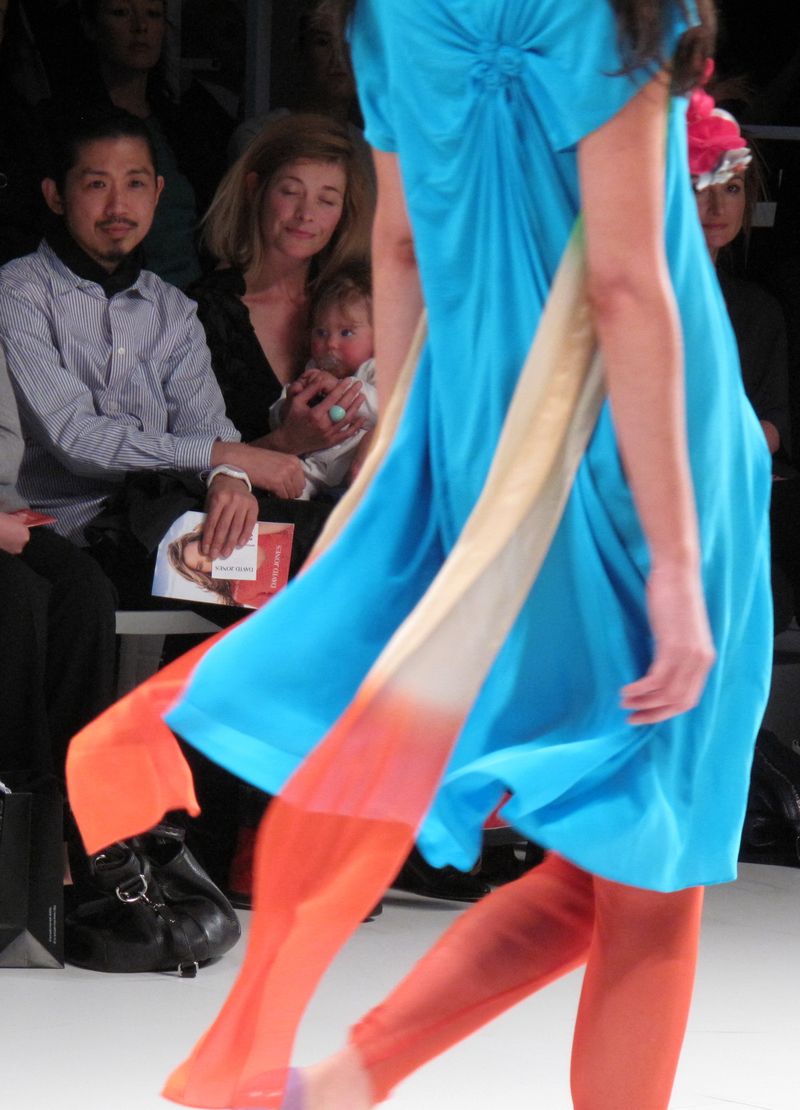 So here he is , sitting front row enjoying the show 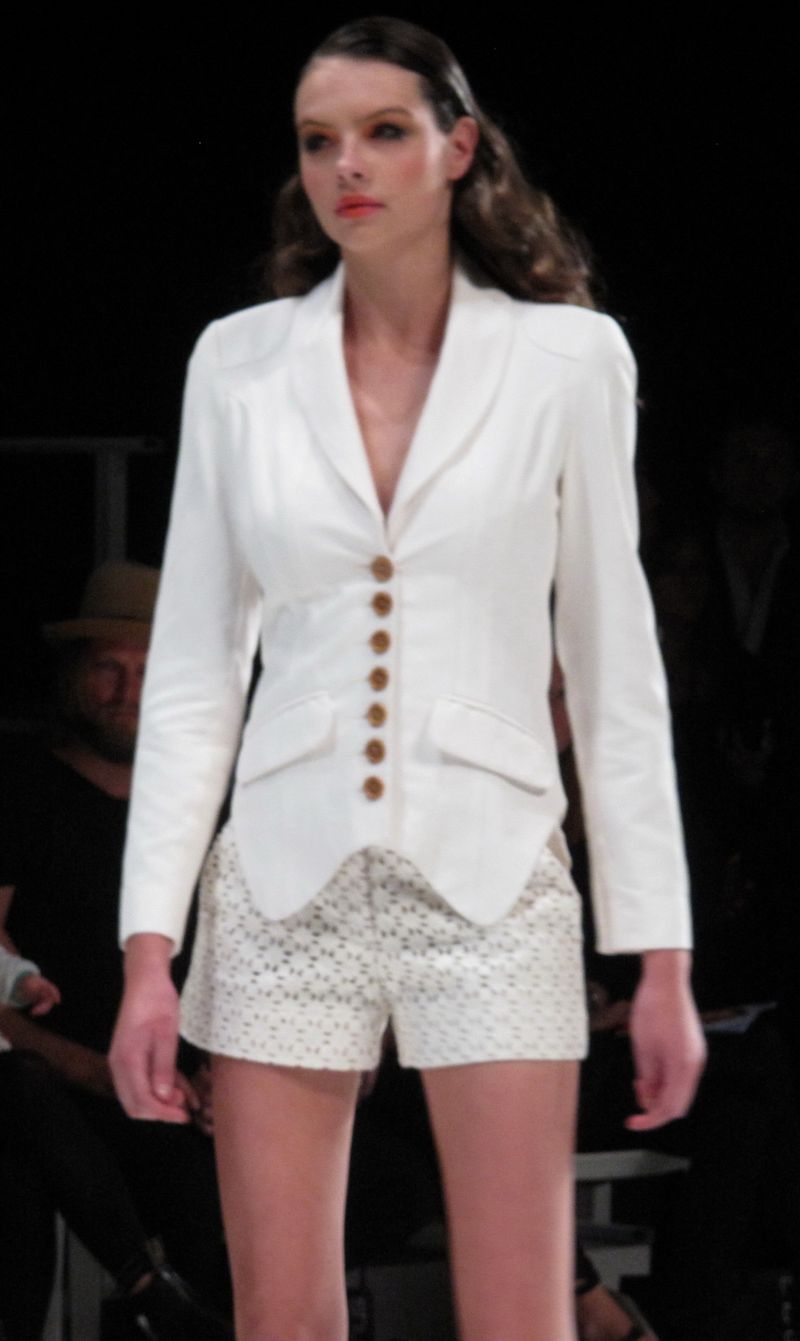 Hey...Vanessa is back in town as well. Hi Vanessa ! 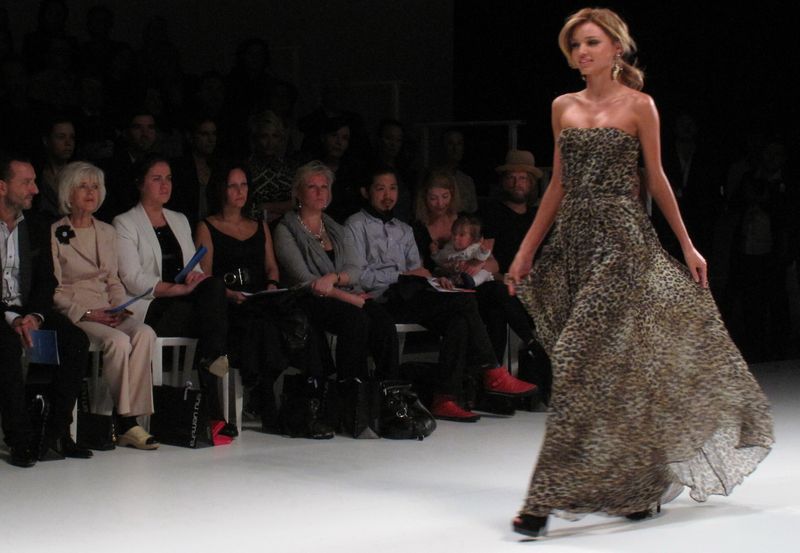 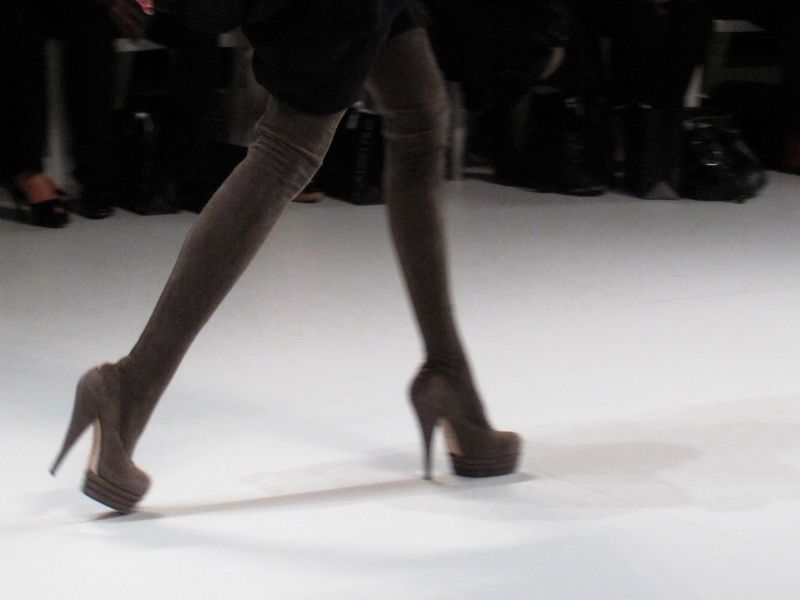 Nice, well what do I call them, boots or high heels with leggings attached ? Anyway , they're from Willow and I love 'em 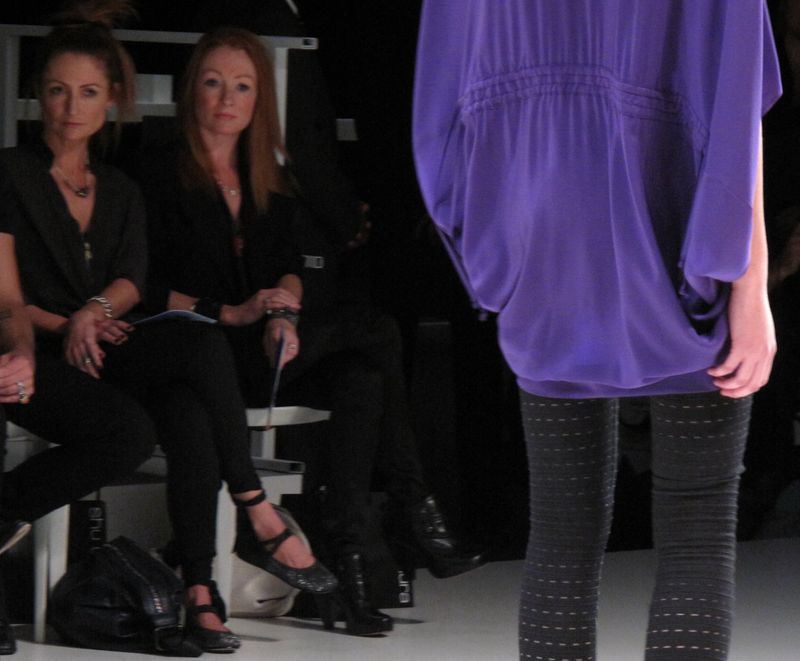 Also part of the the selection is Ginger & Smart , so we have the lovely sisters Alexandra and Genevieve Smart front row 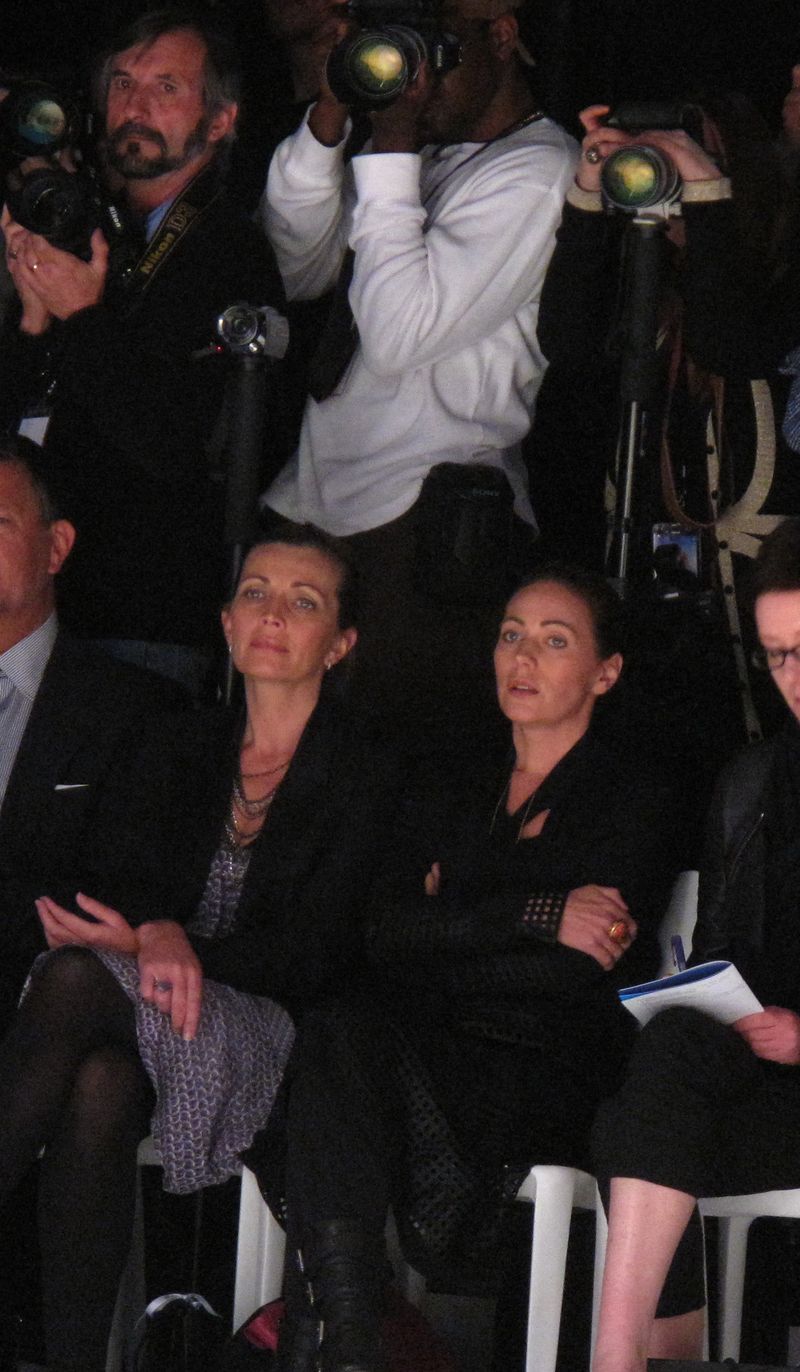 And it would not be a complete Australian collection without the Zimmerman's of course !