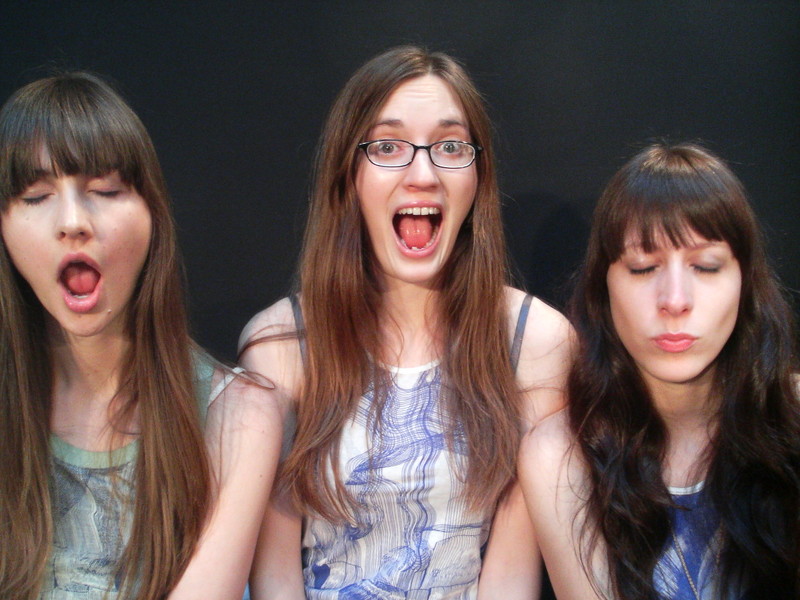 I hope I spelled it righ, the name of the band that is.These are he 3 girls from Brooklyn, who form a band called Au Revoir Simone, and they were really nice, and cool. We were just chatting backstage at the Robert Normand show, they will be performing during the show, live, while the models do their defile. We were just talking how they will be in Europe till August, touring, and how they would love to play at the Benicassim festival this year, the one I went to nearly 2 years ago ( see photo album on the left called FIB ) so I told them they would love it, anyway, they were really cool, so I asked for a pic with a funny face for my blog. After the show met up with Diane as she had some invites for me as well that were sent to her address and she took a picture of me as well for her blog